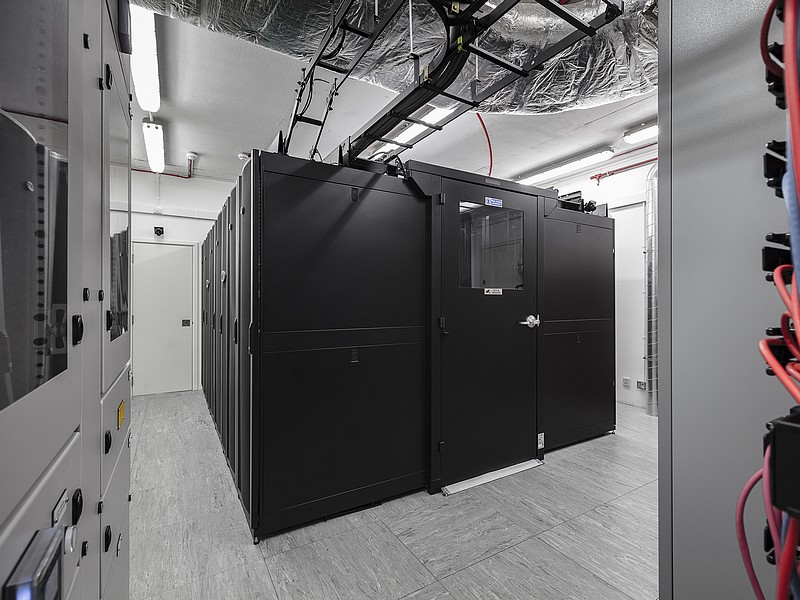 The company owns some 4,000 plus rail vehicles which it leases to operators, on terms that are generally coterminous with franchises granted by the Department of Transport. “We’re a big-ticket asset leasing company,” said Andy Wren, head of IT Services. “We have an intricate business model and our IT systems that support it are similarly complex.”

Angel Trains’ IT department comprises eight people, including Wren, and is based at the London HQ where the corporate data centre is located. Andy is responsible for leading the entire IT Services function including application development, software procurement, support for users and management of the data-centre infrastructure that underpins it all.

The key IT systems operated by Angel Trains are its asset-management system, a bespoke application developed in-house that manages the company’s inventory of rolling stock, and Oracle Business Suite which comprises the financial stack of software including accounts receivable, general ledger and invoice-management.

“Together those two applications are the most business-critical, being responsible for managing our revenue generation and collection, on which the business depends on,” commented Wren. “However, we also run several other Microsoft server-based applications such as Sharepoint for our content and document management.”

The key priorities for the data centre, in which the applications are hosted, are agility, reliability and cost-effectiveness. Although the company tries to standardise leasing contracts with its customers, the reality is that each agreement has an element of customisation with consequent demands on the IT department’s development effort. An implication for the data centre is that it must have the agility to scale up capacity to accommodate additional servers, should they become necessary to meet customer requirements.

For reliability, the data centre has a South London-based disaster recovery (DR) site to which all its data is replicated and securely backed up. Driving all the IT investment decisions, however, is the perennial need to keep costs low while maintaining a consitently reliable level of service. Angel Trains IT department enjoys the convenience of being able to run its own systems on-premise, but IT Management are cognisant of the fact that third-party service providers can offer hosting services from remote sites at competitive prices. The ownership, control and speed of connectivity from the on-premise solution has many benefits for the company, of which one is avoiding any latency issues, particularly with large files.

“As an internal IT department, we are comfortable with having the ability to monitor our own infrastructure and IT equipment, rather than have a third-party managing it on our behalf at another location,” Wren said. “We investigated a number of different hosting partners, and found there is a great variety of services available, however, it was more cost-effective to own and manage our own on-premise data centre.”

Among the service options considered were simple colocation, where the servers could be hosted in a colocation site operated by a third-party company, but Angel Trains’ staff would continue to manage the systems remotely. Alternatively, some or all of the management of the systems could also be outsourced to an external service provider. However, the company decided to continue to operate its data centre in-house, with the help of a maintenance and support contract with APC by Schneider Electric Elite Partner, Comtec Power.

Angel Trains has been utilising Schneider Electric UPS systems for 10 years, attracted initially by what their UPS products offered in terms of flexibility, with the ability to perform hot swaps of components such as batteries and power controllers.

“Once we were introduced to Schneider Electric’s on-demand InfaStruxure solution with InRow cooling, we knew that was exactly the type of architecture we wanted to move forward with.” said Wren. “We needed to make the new data centre as cost-effective, scalable and robust as possible and the Schneider Electric racks and Symmetra UPS systems hit the mark in terms of resilience and efficiency – whilst helping us to optimise the fairly confined space in our data centre.”

Ultra-efficient cooling is provided by a combination of external chillers and condensers located on the roof of the building, in addition to the industry-leading InRow DX systems deployed within the Pod. The facility is also managed using Schneider Electric’s Award-winning StruxureWare for Data Centers data centre infrastructure management (DCIM) software, part of the EcoStruxure for Data Centers Solution.

“As a team we knew we could run an on-premise data centre cost-effectively” he continued. “But the Schneider Electric infrastructure components we have selected have been key to that process, ensuring the capacity is utilised in the most optimum way.”

As well as provisioning and installing much of the infrastructure equipment in the data centre, Comtec Power continue to provide monitoring and maintenance support in collaboration with Angel Trains’ IT staff. “When first searching for a partner, Comtec engaged with us far more than other potential suppliers,” said Wren. “They had a wealth of expertise and understood both our challenges and drivers, in addition to being very flexible and competitively priced.”

Ongoing support provided by Comtec includes taking responsibility for rapid response to any faults in the infrastructure equipment, such as failures in air-conditioning units, including fans, and UPS battery malfunctions.

“Our team can handle some of the smaller tasks internally,” continued Wren, “but under our maintenance service agreement, Comtec can proactively monitor and react to any faults within our core data infrastructure.”

As part of a recent upgrade to the standard maintenance agreement, Angel Trains have recently connected the data centre infrastructure compnents to Schneider Electric’s EcoStruxure IT monitoring solution, which was perviously known as StruxureOn. This delivers detailed 24/7 monitoring and critical insights straight to the users’ mobile phone as well as Comtec’s engineering team.

“Through the remote diagnostics, Comtec can engage quickly to begin fixing issues whilst proactively avoiding any serious situations or downtime from developing. We chose Comtec because they have the most experience. They built the system and we are comfortable operating in partnership with them as our trusted advisors.”

“Having a strong working relationship with long term partners such as Schneider Electric and Comtec Power has provided Angel Trains with the advice, skilsets and peace of mind that is necessary to run an efficient, on-premise, business-critical Data Centre,” said Wren.