Under the sea: The Microsoft data centre that could provide connectivity for years 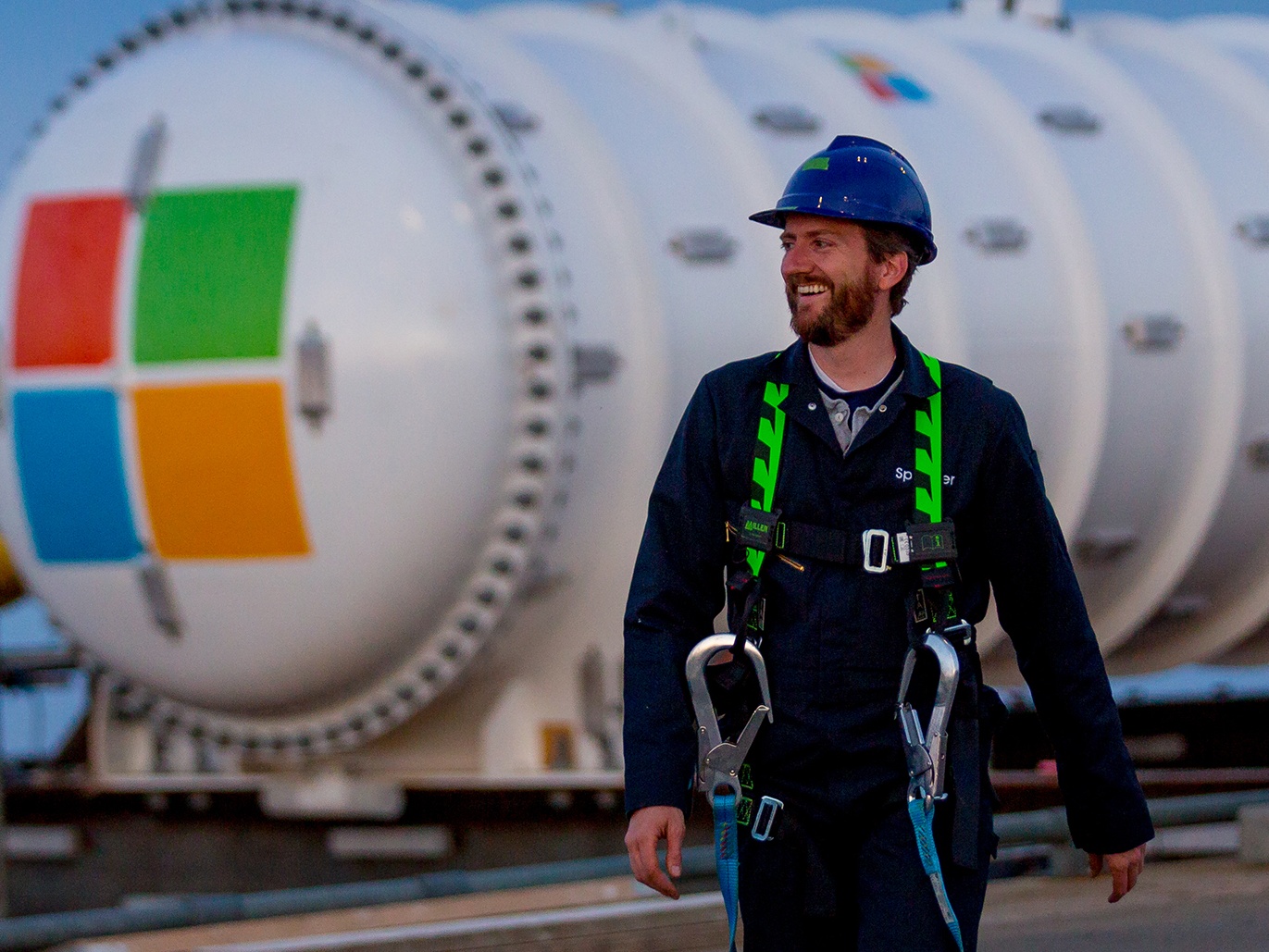 Microsoft is leveraging technology from submarines and working with pioneers in marine energy for the second phase of its moonshot to develop self-sufficient underwater data centres that can deliver lightning-quick cloud services to coastal cities. Better still, these data centres utilise free cooling, are rent free and deliver the ultimate in edge computing.

An experimental, shipping-container-size prototype is processing workloads on the seafloor near Scotland’s Orkney Islands, Microsoft has announced.

The deployment of the Northern Isles data centre at the European Marine Energy Centre marks a milestone in Microsoft’s Project Natick, a years-long research effort to investigate manufacturing and operating environmentally sustainable, pre-packaged data centre units that can be ordered to size, rapidly deployed and left to operate lights out on the seafloor for years.

“That is kind of a crazy set of demands to make,” commented Peter Lee, corporate vice president of Microsoft AI and Research, who leads the New Experiences and Technologies, or NExT, group. “Natick is trying to get there.”

More than half of the world’s population lives within about 120 miles of the coast. By putting data centres in bodies of water near coastal cities, data would have a short distance to travel to reach coastal communities, leading to fast and smooth web surfing, video streaming and game playing as well as authentic experiences for AI-driven technologies.

“For true delivery of AI, we are really cloud dependent today,” said Lee. “If we can be within one internet hop of everyone, then it not only benefits our products, but also the products our customers serve.”

From France to Scotland

Project Natick’s 40-foot long Northern Isles data centre is loaded with 12 racks containing a total of 864 servers and associated cooling system infrastructure. The data centre was assembled and tested in France and shipped on a flatbed truck to Scotland where it was attached to a ballast-filled triangular base for deployment on the seabed.

The data centre was towed out to sea partially submerged and cradled by winches and cranes between the pontoons of an industrial catamaran-like gantry barge. At the deployment site, a remotely operated vehicle retrieved a cable containing the fibre optic and power wiring from the seafloor and brought it to the surface where it was checked and attached to the data centre, and the data centre powered on.

The most complex task of the day was the foot-by-foot lowering of the data centre and cable 117 feet to the rock slab seafloor. The marine crew used 10 winches, a crane, a gantry barge and a remotely operated vehicle that accompanied the data centre on its journey.

“The most joyful moment of the day was when the data centre finally slipped beneath the surface on its slow, carefully scripted journey,” said Ben Cutler, a project manager in the special projects group within Microsoft’s research organisation who leads the Project Natick team.

Once the data centre made it to the seafloor, the shackles were released, winch cables hauled to the surface and operational control of the Northern Isles passed to the shore station.

Everything learned from the deployment – and operations over the next year and eventual recovery – will allow the researchers to measure their expectations against the reality of operating underwater data centres in the real world.

The Northern Isles is a chapter in the continuing story of Project Natick, one that tells a tale about researching whether it’s possible to use the existing logistics supply chain to ship and rapidly deploy modular data centre anywhere in the world, even in the roughest patches of sea.

“We know if we can put something in here and it survives, we are good for just about any place we want to go,” said Cutler.

The European Marine Energy Centre is a test site for experimental tidal turbines and wave energy converters that generate electricity from the movement of seawater. Tidal currents there travel up to nine miles per hour at peak intensity and the sea surface regularly roils with 10-foot waves that whip up to more than 60 feet in stormy conditions.

Onshore, wind turbines sprout from farmers’ rolling fields and solar panels adorn roofs of centuries-old homes, generating more than enough electricity to supply the islands’ 10,000 residents with 100% renewable energy. A cable from the Orkney Island grid sends electricity to the data centre, which requires just under a quarter of a megawatt of power when operating at full capacity.

Colocation with marine renewable energy is a step toward realising Microsoft’s vision of data centres with their own sustainable power supply, explained Christian Belady, general manager of cloud infrastructure strategy and architecture in Microsoft’s cloud and enterprise division.

Energy self-sufficient data centres, he notes, could be deployed anywhere within reach of a data pipe, bringing Azure cloud services, for example, to regions of the world with unreliable electricity, and eliminate the need for costly backup generators in case of power grid failures.

“Our vision is to be able to deploy compute rapidly anywhere on the planet as needed by our customers,” said Belady, who has long advocated research that explores the marriage of data centres and energy generation to simplify and accelerate the build out of cloud computing infrastructure.

Backbone of the internet

Data centres are the backbone of the internet, the physical clouds of cloud computing where customers leverage economies of scale to securely store and process data, train machine learning models and run AI algorithms.

Demand for data centre resources across the computing industry is growing exponentially as corporations increasingly shift their networks and computing needs to the cloud, and internet-connected intelligent devices ranging from smartphones to robots proliferate.

“When you are in this kind of exponential growth curve, it tells you that most of the data centres that we’ll ever build we haven’t built yet,” added Cutler, underscoring the need for innovation in the race to build out what is fast becoming a critical piece of 21st century infrastructure.

The underwater data centre concept was originally presented in a white paper prepared for a Microsoft event called ThinkWeek that encourages employees to share out-of-the-box ideas. Lee’s group was intrigued. Just 12 months after launching Project Natick in July 2014, the team had deployed a lab-built proof-of-concept prototype in calm, shallow waters off California.

The proof-of-concept vessel operated for 105 days. Encouraged by the results and potential industry impact, the Project Natick team pushed ahead to design, manufacture and test the full-scale module deployed in Scotland. Cutler said the latest version is designed to remain in operation without maintenance for up to five years.