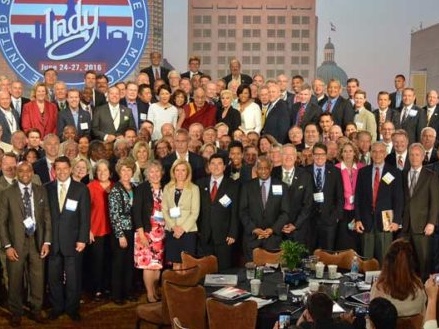 Mayors from across the US have voted for a resolution to improve protection of data centres across the country from various threats.

The US Conference of Mayors met recently in Boston and agreed unanimously on a resolution which calls for major improvements to data centre protection which would shield them from cyber attacks, physical attacks and severe weather.

The resolution was led by Mayor Debra March of Henderson, Nevada, and put together with the help of data centre firm Switch, also based in Nevada.

Suggestions in the resolution involved organisational improvements, such as increasing governmental support for data centre protection, both at a national and local level. It also looked at practical standards and requirements.

Mayor March’s resolution encourages prioritisation of funding for this purpose, federal support for local government, and ensuring that the federal government follow its own advice when it comes to supporting data centre protection infrastructure.

“Every day we read headlines about private businesses, local governments and even US naval ship plans being compromised as a result of data vulnerabilities. As a nation, we must prioritise investments in protecting our data from human error, malicious attacks and a lack of resiliency,” said Mayor March.

Industry representatives from Switch lamented the level of awareness about the strength of data centre infrastructure. “Unfortunately, many businesses and governments are unaware of the state of their data centre resiliency until something goes very wrong,” says Switch strategy EVP, Adam Kramer.

The resolution’s authors expect losses of nearly $8 trillion (approximately £6 trillion) over the next five years as a result of unsecured data and the resulting hacks, data breaches and lost productivity.