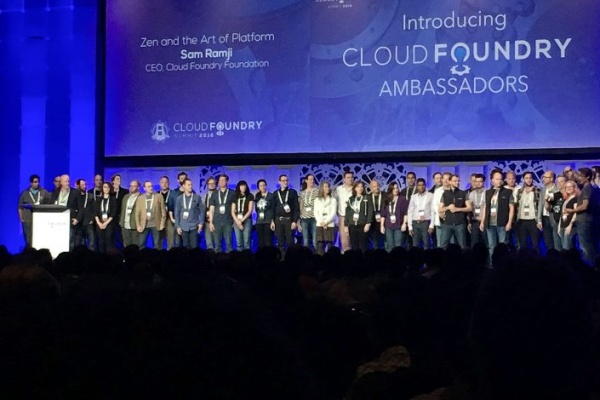 More than 1,000 enterprise developers, architects, engineers and executives from around the world are expected to attend the Basel Summit. Attendees will learn about Cloud Foundry from those who build and use it every day. They will join other developers, end users and CIOs to gain first-hand access to Cloud Foundry roadmaps, training and tutorials, and to see how others are using Cloud Foundry to support continuous innovation and application portability.

Cloud Foundry Foundation will carry on the tradition of hosting a diversity event at Basel Summit. There is one sponsorship remaining for the Diversity Luncheon. The sponsorship will directly support The Chasing Grace Project, with the total amount going towards production of the series. Google and IBM have sponsored Diversity Luncheon itself, which will include a screening of an episode from the docuseries The Chasing Grace Project, written and directed by Jennifer Cloer, co-founder of Wicked Flicks Productions.

There will also be a free Hackathon for developers, with prizes awarded to the top three teams and first place winners announced on-stage during Thursday morning keynotes. The 2018 Boston Summit winning Hackathon team will be featured in the Experiments track.

Cloud Foundry is an open source technology backed by the largest technology companies in the world, including Dell EMC, Google, IBM, Microsoft, Pivotal, SAP and SUSE, and is being used in production by leaders in manufacturing, telecommunications and financial services.

Standard registration for the event ends this Friday, September 7, before price increases by 176 euros.