What’s next? The future of energy storage 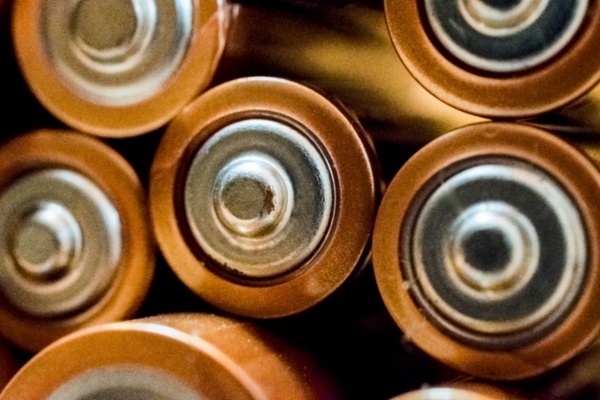 Our energy needs are evolving and the way we choose to store it should reflect that. Justin Ellis, senior manager at Comms Express explores the different energy storage options available to us as our resources change and the need for sustainability continues to grow.

Due to the rapid depletion of fossil fuels, clean and renewable energy sources are going to be critical to the future of the planet as we move forward. Sources that are sustainable and efficient will become of greater importance and, in particular, there will be a major shift towards using the most economically viable energy storage solutions.

When it comes to energy, the need for uninterrupted power supply (UPS) is one that continues to grow. Being ‘online’ (i.e. powered up) 24/7 is now widely accepted as the norm in terms of electronics, websites, and other products and services.

So which technologies are likely to prove the most popular going forward in terms of energy storage? Is the future battery powered? If so, which type of battery? Or is there an alternative energy storage solution on the horizon?

Gravity can be a wonderful thing and it forms the basis of this type of storage/generation. Water is pumped from a reservoir at the bottom of a mountain to one located higher up the mountain. When electricity is required, the stored water is released from the upper reservoir, with the force of gravity driving it through a hydro-power turbine that generates the electricity.

This form of grid power storage accounts for 99% of global bulk storage at present. Located in Virginia, USA, the Bath County Pumped Storage Station is the best-known example of this form of storage and has been deemed the ‘world’s largest battery’, boasting a generation capacity in excess of three gigawatts.

Whilst pumped-hydro storage may be capable of managing a huge capacity and is highly efficient, its major limitation is the need for a suitable mountain. Not every country possesses such landscapes.

Flywheels and supercapacitors are both able to recharge and discharge faster than most batteries. Flywheels work by spinning a rotor at high speed using electrical energy. This creates kinetic energy which is stored within the rotor until it’s needed, at which point it is converted back into electricity. Supercapacitors are similar, but store the power electrically. Energy is stored as a static charge, and there is no chemical reaction when discharging or charging.

Lithium-ion batteries benefit from low self-discharge rates and high-energy density. There is potential to use this technology for electric vehicles (EVs) and as a backup for regional and national electricity networks. In South Australia, Elon Musk’s firm Tesla has just completed the installation of the world’s largest lithium-ion battery facility that will have the capacity to power 30,000 homes for an hour. Tesla is one of several companies committed to making lithium-ion batteries widely accessible and affordable.

These batteries use solid electrolytes and electrodes instead of liquid electrolytes. They are cheaper and smaller than lithium-ion batteries and have a higher energy density. They are able to be recharged far faster and they emit less heat.

This technology isn’t viable as yet, but major companies such as Dyson and Toyota are investing heavily in it and aim to have it on the market by 2020.

In comparison to other grid-scale storage systems such as lithium-ion, flow batteries (which use liquids to create charges) are considerably cheaper and less vulnerable with a longer lifecycle. They also have the potential to store large quantities of energy for extended periods of time.

Using electric vehicles (EVs) as energy storage systems is becoming an increasingly attractive option. Between journeys, most cars are stationary. These V2G (vehicle-to-grid) systems are able to exploit this and transfer this stored electricity to grids in order to help in meeting demand at peak times. Essentially, these cars act as mini power plants.

Compressed air energy uses pressurised air to drive a turbine and generate electricity. It is already the second most prevalent type of volume energy storage and is gradually becoming more efficient.

When air is cooled to -196 degrees Celsius, it turns into a compressed liquid which can be stored. When mixed with ambient air, it becomes a gas again and expands in volume rapidly, enabling it to power a turbine in the process. This form of storage has a high capacity together with the potential for it to make use of waste heat and cold from industrial processes. UK company Highview Power Storage is leading the way with a trial of this technology at the Pilsworth landfill gas generation facility.

Where are we now?

Although a lot of the above technology, isn’t quite there yet among the masses, it is promising that large organisations are taking the necessary steps to make sustainable sources more widely available.

Exponentially, we can expect to see more batteries entering the environment over the next few years, and although some utilities and corporate customers are concerned about the ecological impact of large-scale energy storage systems, there is still plenty of room for improvement when it comes to creating a more sustainable way of storing and recycling energy.