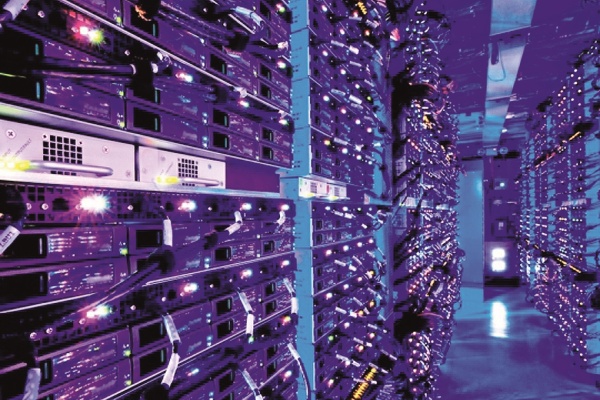 Whether a data centre is onshore or offshore, the universal electrical issue that affects them all is harmonics. Here, John Mitchell, global business development manager of supply, repair and field service specialist CP Automation, explains the most effective way to mitigate harmful harmonics in a data centre.

Associated with alternating current (AC) power lines, harmonics can infiltrate both the voltage and current of electricity. This results in costly and disruptive damage to the electrical distribution systems found in data centres and many other facilities. Let’s delve deeper into the issue.

For the best efficiency and performance in a data centre, the goal is to have voltage and current waveforms primarily consisting of the fundamental frequency, with minimal higher-order frequencies.

Most utilities provide power with a reasonably smooth waveform, however, non-linear loads such as servers, variable frequency drives (VFDs) and other electrical devices can distort current and voltage waveforms.

These distortions are known as harmonics. These changes appear as supplemental frequencies higher than the fundamental frequency, which is 60Hz in the US and 50Hz in most other countries.

Harmonic currents are often exaggerated by the power supply units (PSUs) within the IT equipment itself, or by VFDs in cooling and ventilation equipment. Harmonic currents can then distort the voltage that is consumed by IT equipment, as the devices pull current distortion through an impedance.

Minimising energy costs and maximising reliability are top priorities for most data centre operators, but harmonics make both these goals harder to achieve.

Arguably the most prolific concern about harmonics is the increased losses on the power system conductors and transformers, adding heat to the power chain that drives up power and cooling costs. This has a knock-on effect on capital expenses, as harmonics reduce the lifespan of electrical equipment. Because of this, businesses may need to purchase replacement devices prematurely.

Harmonics can also result in costly utility penalties, as energy companies must compensate for harmonic-related waste by deploying additional generating capacity. For this reason, and to discourage harmonic pollution, many utility providers penalise customers that exceed distortion limits as defined by the IEEE-519 standard.

While these power quality issues are generally understood in the technical community, less appreciated is the effect of harmonic currents on the overall efficiency of a data centre. Ultimately, harmonic currents are wasted energy that appear as heat. This means the amount of heat that must be removed from the data centre is increased — a common and highly-publicised issue for data centres.

While there are a range of options for mitigating harmonics, the right option depends on the data centre in question, the facility’s budget and the loads it supports. CP Automation recently helped one customer that was upgrading the cloud-based servers in a data centre in Middlesex, UK.  By assessing the data centre facility and evaluating the current power quality issues, the audit identified any issues that could arise from the upgrade.

After this assessment, it was clear the best option for this facility was an active filter. CP Automation then supplied and installed a Comsys ADF P300 active dynamic filter to alleviate any potential issues associated with harmonics.

Active harmonic filters are the most flexible solution on the market. They monitor the network and inject the necessary amount of compensation current at any given time, which restores current waveform and lowers current consumption. This makes them ideal for installations for applications in which current load changes constantly, as was the case with the data centre in Middlesex.

Line harmonics continue to be a costly issue for data centres, but fortunately, IT and facilities managers have access to a wide array of harmonic-mitigation technologies. If you’d like to discuss your own needs for harmonic filtering, contact the CP Automation team.

PrevPreviousThreat detection: The need to shift from reactive to proactive
NextData centres to help spur growth in electronic test and measurement industry Next