NGD: Against the odds 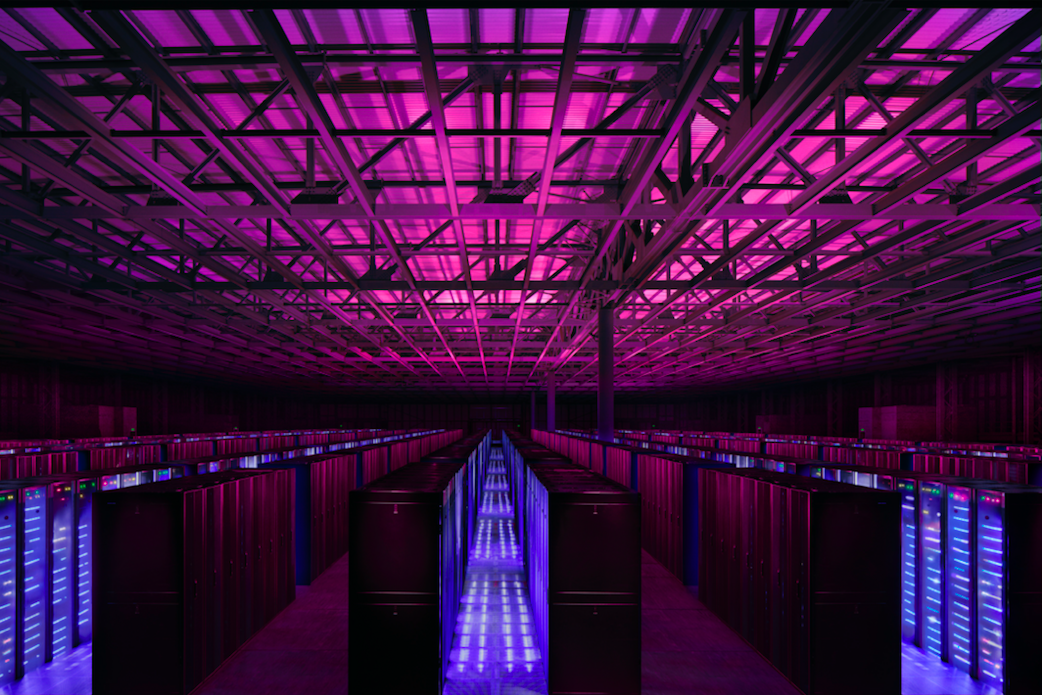 Through a credit crunch to Brexit and beyond, Next Generation Data (NGD), the operator of Europe’s largest data centre has survived and thrived by daring to be different. With a second expansion currently underway, DCR was cordially invited to take a look and over coffee and welsh cakes, NGD regaled us with the story of its success.

Based on the buoyant historic and forecast growth figures for the colocation and cloud computing sectors, being able to succeed in the data centre operator business appears to be a no brainer. Just find a suitable site, connect the power, build and fit out the facility with the necessary electro-mechanical infrastructure, then open your doors for business and they will come, right?

If only it were that straightforward. The business is highly capital intensive – as many ‘wanna be’ operators can testify – and one which burns cash at a potentially lethal rate if not carefully managed.

Dominated by a few large groups which can prove daunting to start-ups, it can be slow moving with often protracted sales cycles, not to mention the red tape over matters such as planning permissions and compliance. It’s no surprise therefore that many new build projects never make it off the drawing board, and if they do, take many years to turn a profit.

Despite these significant challenges, this is the story of NGD, an independent data centre operator which against the odds has not only survived, but thrived, purely by being different.

Eight years ago, in the midst of the worst credit crunch in living memory, former telecom executives Simon Taylor and Nick Razey were preparing to commence the initial transformation phase of a derelict semiconductor factory near Cardiff into a world-class data centre. The 750,000 sq ft building, equivalent in size to London Heathrow’s Terminal 5, had been standing empty for ten years.

Having leased the site from the Welsh government on favourable terms and by using their own money, additional funds from private ‘friends and family’ investors and a line of credit from RBS, Taylor and Razey had high hopes of attracting global corporations into using their facility for storing and processing precious data. Offering hitherto unprecedented levels of space, power and physical security, the vision was a kind of luxury grand hotel – for computers.

However, when the London-based competition and industry pundits got to hear of NGD’s out of town plans, they said it wouldn’t work. They claimed that when it came to data centres the conventional wisdom of the past 20 years would prevail: corporations only ever considered London and the surrounding area. Why would they now decide to move out to Wales?

Undaunted, the NGD team moved ahead having foreseen a time, not so very far away, when the vast volume of data and information generated by the Worldwide Web, smartphones, not to mention cloud computing would no longer be capable of residing in crowded metro area data facilities such as London’s.

After all, even back then in 2008, they could see that many companies, government organisations and research establishments in the UK and US were already finding it increasingly hard to cost-justify keeping computer servers in their own computer rooms or data centres, as the sheer growth in data was making it untenable. Post London 7/7 and New York 9/11 also meant security was becoming an increasing priority due to the increased risk of terrorism.

All of this pointed to a UK ‘out of town’ data centre revolution – and NGD was at the forefront.

Fast forward and that semiconductor plant near Cardiff has been transformed into Europe’s largest data centre campus and home from home to an impressive and growing list of blue chip corporations’ data. This includes BT – NGD’s original anchor tenant – UK government departments, global IT giants such as IBM and Wipro, and most recently the world’s largest software company.

As I walked round the pristine campus, I could only liken my surroundings to that of a sci-fi movie. Long white corridors lined with data halls were lit up and adorned with huge professional photographs of the site. It was almost like being in an art gallery – then again if I had a data centre that looked this good I’d put up pictures too. It made perfect sense when I was told that some scenes from Dr Who were filmed here.

In each room, even outside, you are presented with an immaculate colour coded set up. Cables, pipes, even the walls make it crystal clear where you are and what you’re looking at, which in a facility as enormous as this is probably a wise design decision. Just to put size into perspective, I was told that on a busy day it’s very possible to walk up to 20km, I was sceptical, but by the end of the tour, any doubts I might have had were more than quashed.

Security is tight here too. At level 3, I had to show photographic ID as well as give a pre-determined security code before I could even make it beyond the gatehouse. ID must be shown again once inside. There is a strict no ID, no entry policy and there are no exceptions – no matter how important you think you are.

Even whilst walking around, the corridors were almost silent and to be honest, quite peaceful. For such a huge place you’d expect huge amounts of people. But this was absolutely not the case – not just anyone is permitted to wander the halls and the silence was further testament to how seriously NGD takes security.

Staff could be found elsewhere however, in the bustling control room, offices, or dedicated chill out areas, complete with televisions, coffee and comfortable seating. A happy workforce, every person I encountered whilst onsite was nothing short of lovely; from security, to reception, the control room and everywhere in between.

The control room is well worth mentioning too. Everything facility-wide is recorded in real-time and sent back to the head office, carefully monitored by data centre engineers and displayed on large TV screens that dominate the entire main wall. In the words of managing director Justin Jenkins, ‘If it can’t be monitored, it can’t be managed’, simple.

Outside, the facility is surrounded by 4-metre-high fencing – the kind you find at military bases and prisons. Huge decorative slate grey boulders adorn the front of the building’s glass exterior, there for protection as well as aesthetic.

Also outside, is where you will find what gives NGD its ‘super power’ – its very own electricity sub-station. With 97% of data centre problems stemming from power distribution, what better way to remedy this than to by-pass distribution altogether?

NGD is uniquely connected to the 400kV Super Grid, with 180MVA on-tap. And the last time the Super Grid went down was in 1972 due to industrial action, so I think power-wise, NGD is pretty safe. As an added bonus, all of NGD’s power is sourced from 100% renewable energy, and for that, the planet thanks you.

As I continued to wander the site, bar the odd hi-vis (and had I not been told) you wouldn’t know a top floor expansion was currently underway, with the rest of the site entirely undisrupted by the construction. Crazy really, considering that the enormous scale and complexity of the project renders more than 500 construction workers to be permanently on site.

Using trusted contractor Spie for construction, and Schneider Electric for all things M&E, NGD is currently in the midst of creating an additional 250,000 sq ft of capacity, intended for the build out of 12 more data halls, as well as meeting rooms, conference facilities and offices.

I wasn’t really sure what 250,000 sq ft of ‘space’ would look like. But that was until I was looking down at it from the viewing gallery. I can confirm that NGD’s status as ‘Europe’s largest data centre campus’ is certainly not unfounded.

And the driving force behind this latest build out? Sheer demand. The expansion follows a spate of new customer contracts, worth in excess of £125 million over the next five years, including agreements with several Fortune 100 companies.

With the demand for cloud and colocation constantly on the up, the future certainly looks bright for NGD. And leaving the EU? Not an issue. According to NGD, Brexit has the fortuitous potential to bring about increased demand for the onshoring of data – some might call that a result. All in all, for Europe’s largest data centre campus, it really does look like the only way is up (quite literally). 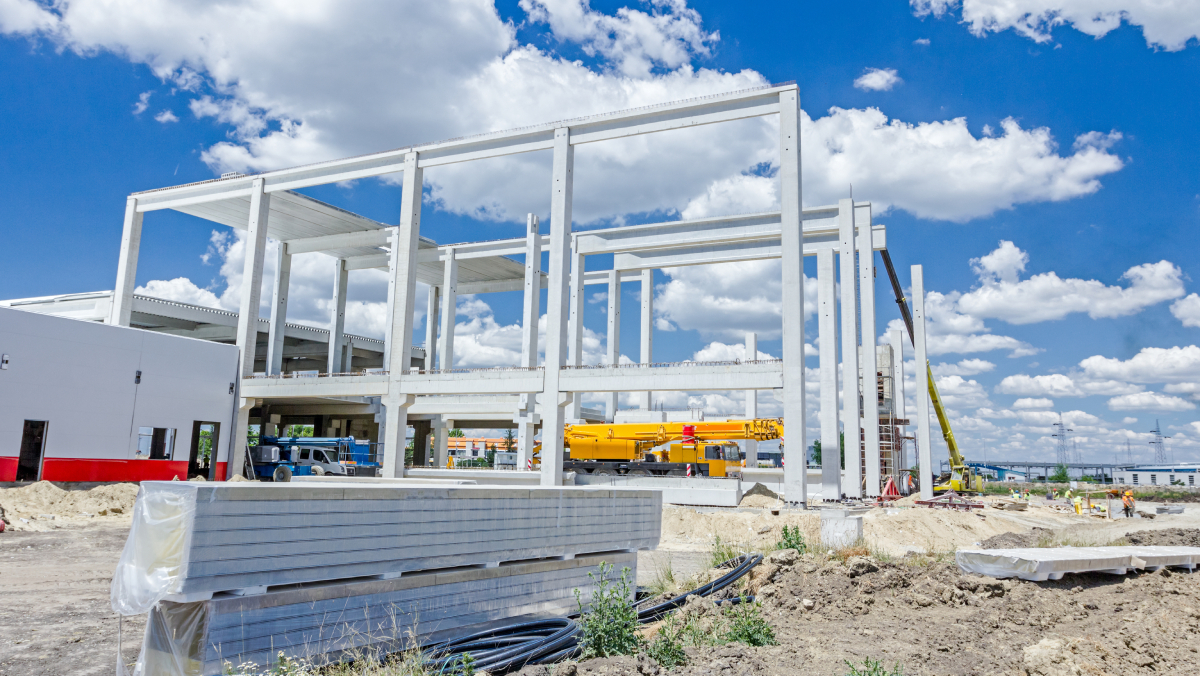