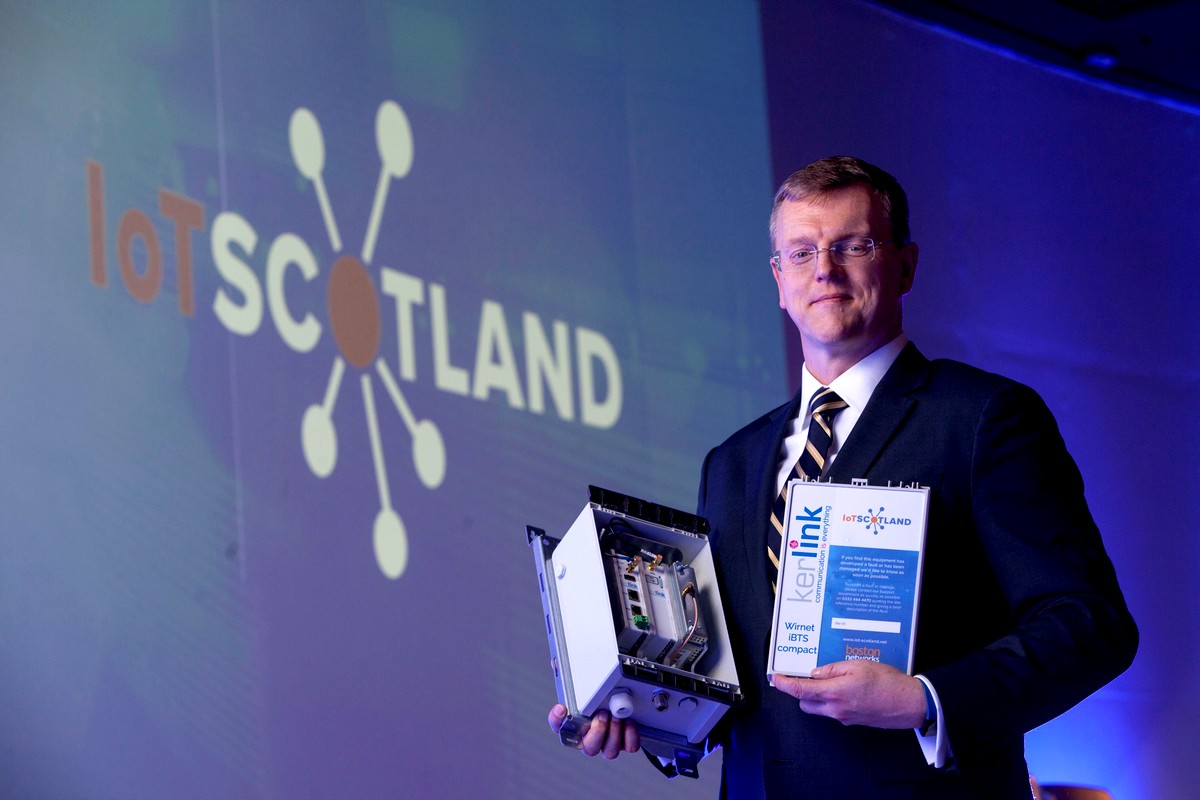 Glasgow-headquartered Boston Networks today launched what it believes is the UK’s most advanced Internet of Things network.

IoT Scotland will provide a wide area wireless sensor network for applications and services to collect data from devices and send that data without the need for cellular or Wi-Fi, supporting businesses to develop new and innovative applications, changing the way they work.

The £6m network, which will work using 500  Long Range (LoRa) wireless gateways situated throughout Scotland, is part funded by £2.7m from the Scottish Government, with further support from Scottish Enterprise, Highland and Islands Enterprise (HIE) and private sector investment from Boston Networks itself.

Glasgow will be over 99% covered via 22 gateways which are being installed across the city – making it the most LoRa covered city in the UK, with the potential to become the smartest, a launch statement suggested.

Argyll and Bute Council has also signed up as an early adopter which will see early installations in Oban and Helensburgh. And negotiations are underway with other local councils and other organisations throughout the country with a full roll-out planned by March 2021. Boston Networks will install and manage all of these devices.

IoT Scotland will enable businesses and public sector organisations to monitor and potentially control the status, efficiency and productivity of their assets and equipment, scheduling maintenance and improving production.

For example, it could support the automated collection of temperature data from refrigeration units which could lead to greater compliance and less waste. Similarly, the network could monitor office environments to lower costs by saving energy, while reducing the carbon footprint of buildings.

Boston Networks Chief Technology Officer Falk Bleyl said: “We are excited to be leading this pioneering project to build and operate the IoT network and drive the commercialisation of the Internet of Things across Scotland.

“There will be a forecasted 25 billion IoT devices connected by 2025, and only a small number will be connected to the internet using 3G, 4G or WiFi. LoRa networks like IoT Scotland are going to become increasingly important – they have the potential to be as disruptive to businesses as the internet has been already to our daily lives.

“IoT Scotland will be the most advanced in the UK, can revolutionise the use of smart technologies and will be rolled out in cities, towns and rural areas across the country. It allows a wide range of users, from public sector organisations to small IoT start-ups to multinationals to focus on the deployment of sensors and applications, rather than network build.

“There is already interest from other parts of the UK in what we’re doing here in Scotland, and there is potential for us to roll-out similar infrastructure elsewhere.”

“I’m delighted to see the progress being made by the IoT Scotland programme. Today’s launch underlines the breadth of creativity and innovation in this exciting sector,” said Innovation Minister Ivan McKee, at today’s launch event.

“To ensure we reap the rewards of these important technological advances, Scotland must be at the forefront and help drive innovation. This is why the Scottish Government, Scottish Enterprise and Highlands and Islands Enterprise have collectively invested £2.84 million in IoT Scotland to ensure that as a nation we are able to benefit from the numerous economic and social benefits that they can bring.”

Linda Hanna, managing director at Scottish Enterprise is delighted to see both Scottish urban and rural areas signing up to the rollout of the IoT Scotland programme.

“Using data effectively helps businesses make better informed decisions about their operations and can lead to new revenue streams by understanding more about their customers, products and services,” said Hanna. “IoT Scotland offers Scottish companies access to a network to do this, and at the cost of just a few pence per month.”