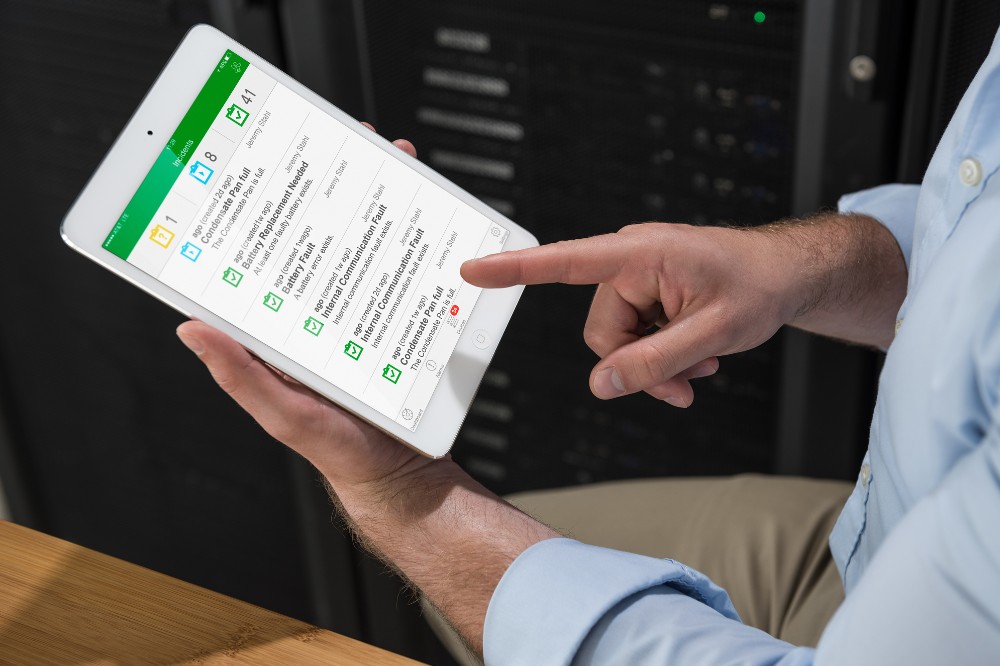 Data Centre Review caught up with Steven Carlini, vice president of innovation and data centre for Schneider Electric, to see what he thought the future holds for data centres and edge computing.

When asked what was most likely to cause a change in a government’s direction, a famous British Prime Minister once famously answered: “Events, dear boy!” An unscheduled, if not entirely unforeseen, occurrence of sufficient magnitude will always cause a realignment of priorities and force actions along a different path to what was intended.

For the IT sector in general, and for the data centre industry in particular, the spread of the Covid-19 pandemic caused a significant refocus of digital transformation objectives. One that without fundamentally changing the general direction of the industry, certainly accelerated some existing trends, and reinforced the need for greater visibility of distributed, critical infrastructure systems.

As digitisation becomes a key priority in public spaces, such as in retail and public transport, there has already been a shift towards automation and disruption. With the emergence of self-service kiosks in fast-food restaurants, at supermarket checkouts and in petrol stations, for example, the implications of the pandemic have reinforced the need for digital technologies that steer society towards a more touch-free, contactless mode of operation.

Although contactless payments from credit cards and Apple Pay are already familiar features, we expect that many touch-screen kiosks will soon be phased out, and will be replaced by new forms of contactless interaction. This may be based on pre-ordered items from a phone, from scanning menus in restaurants, or via high-definition video to recognise motion or personal features. Nonetheless, smarter features, such as contact tracing to limit the spread of the Covid virus, will likely be built into retail and public-transport systems, as well as in many building management systems (BMS).

The surge in edge and remote monitoring

For the data centre and IT sectors, all of these developments will further drive the growth of edge computing, as the demand for local transactions will force more and more data processing to the periphery – close to where the data is created, processed and consumed.

Further up the chain this will have implications for both infrastructure deployments and remote management. In the former case, the rollout of business-critical IT systems at the edge will require that the systems are quick to deploy, easy to maintain and manageable from remote control centres. Accessibility has been a key challenge for many businesses and sectors throughout the year, so critical IT equipment located in areas with few technical support staff must be robust, secure and easy to service.

The effects of the pandemic also brought to the fore the issue of data centre remote monitoring and management. As the ever-changing situation forced large numbers of people to work from home, the demands placed on data centres, energy grids and digital connectivity networks only increased. Many operators realised that, although they may have had some kind of on-premise DCIM or remote monitoring system in place, it may not have been sufficient to provide the level of visibility that was needed.

Many companies have therefore realised a greater need for improved visibility of the data centre’s electrical and mechanical assets, as well insight into what’s happening in the IT room. As we look forward I believe this will only become more crucial, and the need to monitor your infrastructure from anywhere, or securely on any device will only increase. Here the deployment of next-generation, or vendor-agnostic DCIM will see a surge.

The need for a sustainable edge

For deployment at the edge, a focus on standardisation is crucial. This is the best way to keep costs down, exploit economies of scale, improve speed of deployment, and simplify the tasks of servicing and remote monitoring. In practice, there will be a significant increase of micro data centre deployments to support geographically dispersed edge applications. For the most part, it is likely they will remain multipurpose systems, due to a lack of a compelling business case for single-application installations.

Furthermore, as the demand for 5G accelerates, the issue of energy efficiency, or sustainability at the edge becomes paramount. While it has become more important to have visibility across edge environments, now operators must also ensure that pre-integrated power, cooling and IT systems operate efficiently. This not only offers users a lower operating cost via reduced energy usage and with it, a far lower carbon output, but it enables them to manage the performance of the network, servers and workloads more efficiently.

In the data centre sector we expect to see some ramp up of liquid-cooled systems although it is likely that for now at least, it will remain a niche area – predominantly used in high performance computing or supercomputing applications, OCP-Ready™ colocation data centres and in high-density edge environments. There are obvious advantages of liquid cooling in terms of sustainability, with some studies showing greater energy efficiency and CapEx savings of up to 14%. Yet the complexity of deploying liquid cooled solutions in legacy facilities, compared with air cooling, is an inhibiting factor. We expect to see liquid-cooling continuing to be deployed in individual racks for niche applications, rather than seeing entire facilities equipped. However, as with other infrastructure, as the industry figures out a way to standardise and create liquid cooling facilities to scale, it could be a winner in the medium term.

With many construction projects now well underway again, we expect to see continued growth across the full spectrum of data centre service provision – from colocation providers all the way to the hyperscale community. With hyperscalers now becoming known as the ‘core of the network’, we expect to see service providers reacting to the movement of more processing at the edge by re-engaging their sights on storage at the core. Here, the market will continue to segment between “hot”, or frequently accessed data, and “cold” storage for archived information that is less business-critical. It is likely that there will also be different pricing models applied to each.

The disruption this year has also affected much of the anticipated rollout of 5G communications. In reality, most carriers have been rolling out low-band 5G, operating at about 600MHz, which is similar in performance to 4G, rather than the GHz spectrums offered by higher band 5G. In 2021 we expect to see 5G emerging in more industrial applications in private networks, where large companies can operate at whatever part of the spectrum they like and use the technology to increase performance, productivity and avail of compute intensive applications like AI and Robotic Processing Automation (RPA).