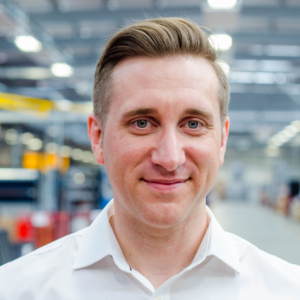 There is no doubt we are in a new phase of the digital revolution that has encompassed our world for the past 20 years or so. Things have progressed rapidly since the widespread adoption of the internet, and we see no signs of this abating as we emerge from the intensity of the pandemic.

The increased demand for digital data has forced the speed of technological advancements at a pace beyond that ever predicted. Remote connectivity over 4G and eventually 5G cellular networks means that it’s now really easy to connect a sensor, device, machine, or even an entire factory to the cloud and utilise the effectively infinite processing power to perform analysis on the asset.

With something like 40 billion devices across the globe connected to the ‘cloud’, which is expected to grow exponentially over the next few years, we are seeing huge growth in the data centre space.

However, whilst some data centre operators have raced to embrace new systems and services, many feel over-saturated by the constant flow of new tech terms and are left wondering if AI, cloud or the Internet of Things is actually a thing, or just unsubstantiated sales talk.

The truth, as ever, is somewhere in the middle. As new ideas come to the forefront there is usually a lot of noise to cut through to get to the substance and understand how these things can actually work in a real-life workplace scenario.

With some trepidation towards getting cloud connected from data centre providers, one cannot help but notice the irony that these security conscious data providers are reluctant to use their own service.

Detailed below are three very tangible financial and environmental benefits that AI can offer to data centres. These three things are by no means the limit, but go some way to demonstrate how connecting to the cloud can work to improve efficiencies, helping to drive forward sustainable performance whilst driving down energy expenditure and ultimately, cost.

Stopping to review processes and procedures is timely, costly, and stops us doing our day job, and is so often left to a breakdown to force the situation. The benefit of AI is that it does the review for you. When a piece of equipment or a process chain is connected to the internet, it is constantly feeding in performance data at speeds incomputable to humans. Furthermore, that data is instantly translated against not only its own environmental settings but also those of other machines in other settings, which allows it to assess its own performance against a much wider benchmark. It can automatically recognise if a setting needs to be changed to improve efficiency, for example, and make that change, and report that change back to the operator, all within a split second.

IoT connectivity means that the data supplied is measured against that of many other similar operations across the world. By expanding the pool of knowledge it feeds into, it can extract so much more data.

Take, for example, something as simple as an electric toothbrush that has machine learning technology built into it. This toothbrush analyses the brushing patterns of the user and highlights areas where they are potentially missing, giving useful information back to the user, allowing them to become more efficient at brushing their own teeth.

However, because of IoT, this data is all sent to the cloud and stored, along with the usage data for say 50,000 other users of the brush. The benefit of this is that the manufacturer can then further detect if the majority of these users are all missing the same spots, and this would provide a good indication of where the brush could be improved in future product development, meaning more people can benefit from an improved product. This is a simple example of a low value item, but it works just the same on high value equipment, such as lifts, engines, locomotives and data centre cooling technology.

High value assets can cost companies thousands of pounds if they break down or operate inefficiently. By connecting kit to the internet and allowing constant real-time monitoring and analysis, the data can be instantly interpreted, so if a drop in performance against operating conditions is detected, this will act as an early warning system for the maintenance team to investigate further. Early intervention can prevent prolonged periods of higher energy consumption and eventual breakdown, and all the costs associated with that.

An effective AI system will judge performance on a variety of factors – for a refrigerant-based cooling system, for example, superheat, subcool, suction, head pressures, water flow and/or airflow are all analysed for deviations against ‘normalised’ behaviour, however, the overall output of the unit such as cooling duty/capacity, efficiency, power consumption against its operating conditions are all taken into account instantaneously and over time as well.

One key area of concern for refrigerant-based cooling systems is leakage of refrigerant into the atmosphere. Often these leakages aren’t detected until too late. AI has the ability to catch such leakages earlier by detecting small losses in performance or changes in the power profile. The benefits of predictive maintenance are huge in terms of environmental impact, operational impact and overall cost savings to the end-user.

The application of an AI system could be used to achieve improved PUE of data centre environments, as demonstrated in a recent study conducted by a well known internet organisation. The AI worked by analysing all aspects of the data centre control system and could then determine where improvements could be autonomously made in order to increase system efficiency.

The big advantage of using AI for this purpose is that it can crunch enormous amounts of data quickly and generate recommendations fast enough for them to be meaningfully applied. Changes to things such as temperature, humidity, airflow and pressure adjustments in response to changing ambient temperatures and data centre load consistently improved the system efficiency by around 30-40%, which represented a huge cost saving in energy for this and most other typical data centres.

So why the reluctance?

Data centres are traditionally adverse to any outside connectivity due to security reasons. Whilst the AI calculations and data storage can be run locally on-site as an isolated installation, the big disadvantage would be that data centres aren’t benefiting from the central hub of data that could be stored in the cloud, allowing them to learn from other connected data centres across the globe.

Connecting devices like this and analysing the data opens up a whole world of potential business value and competitive advantage. It creates the ability to monitor products at the most important stage of their lifecycle, which is when it’s sat in the customer’s hands. Providing an unambiguous source of business intelligence in a wide variety of areas – from product performance and ongoing maintenance to product development to customer experience – AI offers benefits to both client and supplier.

As with anything new, we know there will be resistance, but we hope that if the benefit is shown to be big enough, then barriers can be overcome.