Protecting power at the edge 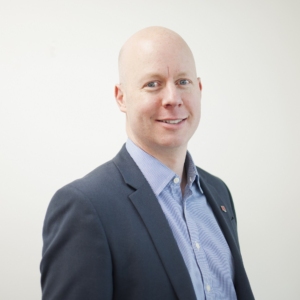 One of the undisputed consequences of these last 18 months or so is the speeding up of what was the already rapid digitalisation of our society.

Throughout the pandemic, the internet and always-on connectivity have mattered more than ever in both our personal and professional lives.

And while it’s too soon to say whether certain practices, such as remote working, become a permanent feature, it doesn’t take a crystal ball to see that our reliance on all things digital and data will continue to increase as phenomena such as the Internet of Things (IoT), 5G and smart tech embed themselves even more in all our lives.

Last year, the world consumed 59 ZB of data. But Statista anticipates this figure will rocket to 149 ZB by 2024.

Such growth shouldn’t come as too much of a surprise though. Within the next five years, it’s predicted that the average person will interact with an IoT or connected device nearly 5,000 times a day. Or to put it another way, once every 18 seconds.

To fully reap the rewards of this technological revolution relies on low latency and near-instantaneous processing power. That’s something traditional enterprise data centres and cloud facilities struggle to deliver.

It’s therefore been necessary to radically change the way we process data. Rather than relying on clogging up bandwidth by sending information all the way to servers hundreds or even thousands of miles away and back again, more data now gets processed close to where it’s generated in the first place.

In essence, this is ‘The Edge’, and it requires a network of mini data centres close to where the data is created to fully unleash its power — whether that’s in the car park of a manufacturing plant, in a spare room at an office complex or retail store, or a roadside cabinet in a heavily populated area.

Challenges of exploiting the edge

Now of course, in practice, it isn’t feasible to construct edge facilities on a similar scale to a typical hyperscale data centre.

Many edge installations are found in space-restricted settings where it would be impossible – and unnecessary – to build a multi-megawatt bit barn crammed with server racks.

While they still need to carry out all the same functions as any hyperscale or cloud facility, they need to do it in a much smaller footprint, often in challenging environmental conditions.

That’s why in recent years, there’s been significant growth in what’s known as micro data centres. These structures, often housed in fire and weather-proof steel shipping containers, incorporate all the equipment you’ll find in a typical data centre, such as PDUs, servers and air conditioning. They’re just on a much smaller scale.

As with any other type of data centre, edge deployments depend on clean, continuous power, as well as having sufficient backup in place to overcome any electrical outages. That makes uninterruptible power supplies a fundamental part of any installation.

Ongoing advances in UPS technology mean both modular and transformerless solutions are ideally suited for protecting edge applications, thanks to their combination of high performance in a compact footprint.

But a UPS is only as good as the stored energy it holds in reserve in case of emergency. Typically, this comes in the form of valve-regulated lead-acid batteries (VRLA). These blocks of batteries are reliable and relatively inexpensive performers, but they come with well-known limitations too.

They’re big and bulky, which doesn’t exactly fit in with the compact nature of the edge. With operators needing to squeeze every last square foot of space with processing-heavy servers and storage, there’s minimal room for backup power.

VRLA batteries also perform at their best in highly-regulated, temperature-controlled environments, which can be difficult to recreate inside a data centre squeezed into a shipping container.

So, is there an alternative to the traditional UPS battery that’s perhaps more ‘edge ready’?

While it would be an exaggeration to describe lithium-ion (li-ion) batteries as a mainstream solution, they are certainly not the under-the-radar option they were seen as just a few short years ago.

And for edge installations in particular, where space is at a premium, they offer superior trade-offs in terms of size, performance and maintenance compared to VRLA.

To start with, li-ion has a much better power-to-weight ratio and far higher power density. Critically, this means it needs just 50-75% of the footprint to deliver the same power as standard UPS batteries.

And they’re lighter too, so they’re easier to transport and won’t require any reinforced floors.

Another big advantage of li-ion is its tolerance to higher ambient temperatures. VRLA cells only operate at their best in regulated temperatures of 20-25oC, whereas lithium-ion blocks can operate safely up to 40oC.

This naturally reduces any data centre’s need for energy-intensive and expensive cooling or a standalone battery room. But it’s perhaps an even bigger benefit for edge applications, where space is scarce and installations are often located in places where it’s challenging to control the environmental surroundings.

Lithium-ion batteries also have an operational lifespan of 15-20 years. During this timeframe, VRLA batteries would probably need replacing two or potentially three times.

And even though there’s still an upfront price premium with li-ion compared to VRLA, it’s generally accepted they will deliver total cost of ownership savings (TCO) ranging between 10-40% over the course of a decade, due to factors such as reduced service visits and lack of replacement costs.

There are a couple of additional points to bear in mind. Unlike VRLA batteries, li-ion blocks must be used in conjunction with a battery management system (BMS) that monitors each cell to maintain balanced states of charge.

This real-time monitoring enhances reliability by promptly identifying any early signs of cell deterioration. It also reduces the need for manual maintenance visits, which is a positive for edge applications where it can often be tricky to send a service engineer.

Finally, lithium-ion offers a higher number of cycles – up to 50 times compared to VRLA – and much faster charge/discharge times. This makes them the perfect partner for the smart grids that society will likely come to depend on in the years to come, where energy storage helps to dynamically balance electricity supply with demand in real-time.

Edge processing will undoubtedly prove pivotal in unlocking the true potential of technologies such as IoT and 5G. Indeed, the global edge market is likely to top $250 billion by 2024. But such dependency on distributed IT infrastructure will only succeed if it is reliable and available 24/7, 365 days a year.

While barriers such as higher upfront costs and challenges with recycling remain, lithium-ion battery storage is fast-becoming a viable alternative throughout the wider data centre market.

And thanks to the winning combination of long lifespan, compact footprint, wide temperature tolerance and ease of maintenance and monitoring, they are particularly suited for space-restricted and environmentally-challenging edge installations.