How ‘green chips’ are powering a sustainable future 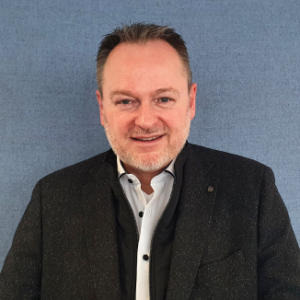 The link between the exponentially growing amount of data and the rising global temperature is direct and proven.

Processing the ever-increasing amount of data requires immense energy — and the energy sector is responsible for approximately 72% of the world’s greenhouse emissions, making electricity the largest contributor to global warming, according to Greenpeace.

Just like a smartphone gets hot when the battery or CPU overloads, a data centre gets hot as the amount of data traffic increases. Cooling it off requires substantial amounts of energy, which is why quite a few data centres are in cold regions like Finland, Sweden and Iceland, where cold air and seawater are in abundance.

Our planet is at a tipping point where the time to reduce the negative impact of global warming is starting to run out. There is no silver bullet to stop climate change but technology that reduces the heat emitted by data centres and improves their power efficiency is critical to the overall reduction of carbon emissions.

So, what is the industry doing to reduce the environmental impact of data centres and the wider technology world? Well, one of the best areas in which to make an impact is the humble chip.

Let’s first talk about the devices in which chips go within data centres. Traditionally, data centres have had the choice between hard disk drives (HDDs) and solid state drives (SSDs) for storing data. While the trend towards SSDs in data centres has existed for a few years now, there’s an even greater reason to accelerate the shift now.

Why? SSDs save data on NAND flash, a memory chip that retains information even when the power is off. SSDs perform better than HDDs, and they consume half the energy thanks to the lack of mechanics. Moreover, they offer much more capacity within a similar size form factor, helping to deal more effectively with the ongoing data deluge.

Therefore, SSDs offer the performance, energy efficiency and security for the next generation of data centres, proven to deliver the highest power efficiency in the industry, reducing data centre operation costs as well as carbon emissions. And as they’re continuously coming down in cost, SSDs are now a case of having your cake and eating it.

The macro environmental impact of replacing HDDs with SSDs is huge. If all data centre storage was replaced with SSDs, we could save approximately 3TWh across the whole world. In addition, replacing all data centre memory with DDR5 memory modules would reduce the energy used to cool off data centres and save an additional 4TWh per year, bringing the total energy savings per year up to 7TWh. This is enough electricity to replace 2.5 coal-fired power plants!

But just using SSDs and latest DRAM technology isn’t enough to eliminate our impact on the environment. The production of the chips themselves needs to be become more environmentally friendly. The industry is making huge strides in this department, but before talking about these changes, we need to understand how chips are manufactured.

Making chips requires carving extremely fine circuit patterns on a wafer — a thin disk that’s used to make integrated circuits. The more chip elements that are placed in this small 300mm wafer, the higher the performance.

Chip manufacturers are used to using existing argon fluoride (ArF) laser technology in chip production, but extreme ultraviolet (EUV) lithography uses about 14x shorter light wavelengths of 13.5 nanometres (nm) to create finer circuit patterns of 7nm or less. This ground-breaking approach to chip manufacturing is not only enhancing performance but also reducing the number of steps within the process — increasing productivity while cutting down on the energy consumed by the end products.

Finally, we can’t ignore the serious issue of water usage when it comes to chip manufacturing. Each layer — after being added onto a base silicon wafer — has to be cleaned extensively using ultra-pure water, which is thousands of times cleaner than normal drinking water. But, extensive recycling and better management of resources, along with greater use of renewable energy, is on the rise, gradually improving our industry’s environmental footprint.

The overall challenge is similar to the ones for data centres — successfully decoupling an exponential growth in capacity from the rise in environmental impacts. The chip industry is addressing this challenge head on, and works relentlessly on making its own supply chains more sustainable.

The pressure of global chip demand

By powering everything from big data, high-performance computing, AI and 5G to IoT, self-driving cars and smart homes and cities, chip makers are pioneering the fourth industrial revolution.

Emissions from the semiconductor industry are constantly on the rise, driven by an ever-growing demand for advanced technologies by consumers. In return, constantly improving semiconductor chip efficiency has a massive positive impact on all customer industries’ carbon emissions, allowing them to reach their own decarbonisation goals faster.

It is only fitting that with the COP26 climate change conference dominating the headlines recently, we also put sustainability at the core of entire value chains — from the production of ‘green chips’, through to data centres and other chip-hungry industries, as well as the energy sector as a whole.

The world depends on it.