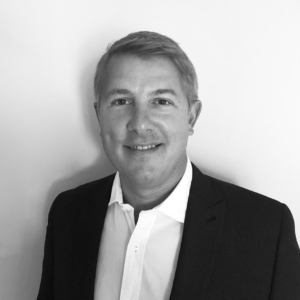 When it first appeared, DCIM (Data Centre Infrastructure Management) software attracted great interest from market watchers and analysts, many of whom expected that it would become a prevalent tool, indispensable to the burgeoning data centre industry, and as a lucrative element of the overall software industry.

Factors expected to drive its adoption included the ability to drive more efficient operations, especially within large data centres, resulting in visible returns in investment and the ability to manage increasing deployments across distributed sites. As concern for the environment gathered pace and sustainability was expected to become a major driver of investment decisions, the need for DCIM was perceived as a critical tool for data centre operations.

The jury is still out on some of these predictions. In particular, the hope that it would be deployed as a tool to improve energy efficiency and sustainability efforts has not yet been realised. The potential remains but in the reality, its adoption has been for more prosaic purposes such as asset management and auditing.

The benefits of DCIM

Certainly, there are many data centre operators who see value in DCIM’s key strengths of monitoring and then providing additional management features for all IT infrastructure assets throughout their organisations. This is especially true in the larger corporate and financial sectors, where regulation is both expected and accepted. The need to locate, identify and report on all equipment in a company’s inventory is an obvious benefit for organisations accustomed to tight regulation and auditing and as a result, DCIM has gained some traction here.

However, the scope for growth is often limited by the preference for long-established personnel to squeeze the maximum benefit out of existing tools, especially if they have spent considerable time and effort customising and optimising those tools to their organisation’s specific needs.

Additionally, often in large organisations, the responsibility for the infrastructure equipment typically managed by DCIM tools is split between IT and M&E departments, with different objectives and chains of command. Finding the right person to sign-off on a new DCIM project — or finding the right group of people to agree to such — can be a challenge. Inevitably the procurement and acquisition process for such an acquisition is lengthy and often tortuous.

Adding to the labyrinthine process of deploying DCIM is the fact that the IT resources of the typical large organisation are no longer centralised in a single data centre; rather they are housed in a hybrid environment spanning large facilities hosting cloud-based applications and smaller facilities running niche applications that are typically spread around a wide area. The larger the company, the wider the sprawl.

Nonetheless, this last barrier presents an intrinsic opportunity for DCIM deployments because the very nature of distributed IT portfolios nowadays means that the need for suitable tools to manage the various facilities efficiently is more pressing.

The monitoring and management capabilities of DCIM, especially versions deployed over the cloud, allow companies of all sizes and with all manner of disaggregated IT to identify what their assets are, manage how well they are performing and identify any issues that need to be addressed. Any company that subscribes to ISO 27001, the global standard for IT security, must be able to track its assets and the people who have access and control to those assets. Cloud deployments also allow distributed sites to be monitored and managed at relatively low cost.

Another critical concern is minimising downtime. Here, a reliable DCIM system can provide insights into all key power paths within a data centre, especially if they comprise equipment from multiple vendors. The ability to track dependencies, to minimise potential risks to the overall IT estate from a single piece of equipment, such as a Power Distribution Unit (PDU) or a cooling unit, can be identified to mitigated any outages.

The fact is that it remains essential for DCIM software to interact with other systems, such as facilities management suites, IT and network management software and even older legacy infrastructure management software. This is best achieved through the use of Application Programming Interfaces (APIs) that allow high-level information exchanges between disparate software tools.

One of the ongoing problems facing DCIM deployments is the difficulty in accurately measuring the return on investment (ROI) an organisation can achieve from such software. It’s an expensive outlay; how do you calculate its payback? Embedded among several other software tools, and hardware assets that typically come from multiple vendors, how easy is it to attribute any overall improvements in performance to just one piece of the puzzle?

A typical large customer noted when asked to detail their DCIM ROI said they just couldn’t possibly come up with an accurate figure; yet when asked could they manage without DCIM at all, however, the answer was “certainly not.” In this regard, calculating the effect of DCIM could be analogous to the problem long familiar to the marketing sector: “Half of my budget is wasted, but I have no idea which half!”

Simply put, efficiency requires transparency and that in turn requires investment. Better management tools provide better visibility, auditing capabilities and change management. Once these tools are in place, then further capabilities will be realised. The issues of electrical power efficiency, sustainability and the proper management of a “circular economy” have not gone away, and indeed they are being rapidly brought into focus by impending legislation and the data centres industries self-regulatory initiatives to become net-zero by 2030.

Sustainability is based fundamentally on transparency, and so, the most immediately and obvious benefit of DCIM — its ability to provide visibility and simplify auditing — could well prove to be its most far-reaching as we move to a greener, more sustainable and renewable future.