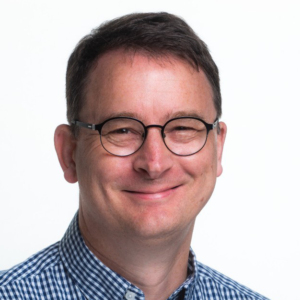 Edge computing is fast emerging as a pivotal element in the ‘levelling up’ agenda that seeks to remove the damaging digital divide between the North and South of England.

Study after study shows how the divide means the North lags behind the southern half of the country in productivity, skills, investment and access to the expertise of the big vendors and their ecosystems of partners and specialists.

The North-South digital divide is so worrying that ‘levelling up digital prosperity’ is one of the 10 priorities of the Department for Culture Media and Sport (DCMS). In September 2021, it published research into the subject, entitled Assessing the UK’s Regional Ecosystems, which cites official figures showing that 8.4% of jobs in London are in the digital sector, and 5.7% in the South East. This is in comparison to just 2.8% in the North West, and 3.1% in the North East,

It is not all gloom, however. The department’s report found the North has high-growth companies in Software-as-a-Service, apps and insight or analytics tools. Within the region, the North East has a substantial specialism and potential in the Fintech sector, the North West has good digital infrastructure and eCommerce growth, while Yorkshire and the Humber have strengths in additive manufacturing, areas where ‘digital-meets-traditional’ and potentially, space technology.

But talent shortages and lack of major external digital investment remain severe problems across the region. Although digital employment increased in some northern areas, it fell between 2014 and 2019 in the North West, which also has the lowest three-year survival rate for digital start-ups of any UK region. Distance from the ‘critical mass’ in the South is still a disabling factor, the report emphasises.

Location matters if you are a digital organisation

Location is a problem. Research by Pulsant among IT UK decision-makers and business leaders found a consistent pattern of disadvantage among often very dynamic northern businesses.

But northern businesses are no less ambitious and recognise they must undergo digital transformation to compete and innovate. Three-quarters of businesses in the North rated digital transformation ‘very important’, slightly higher than the 71% in the South. Northern organisations are also accelerating their switch to digital faster than the South, with two-thirds deploying new SaaS solutions, migrating their traditional workloads into the cloud and creating their own cloud-native applications.

The role of 5G and the fast emergence of edge computing

The significant disadvantages of location laid bare in this research will no longer be the barriers they seem, however, thanks to the emergence of edge computing. There are various configurations of edge computing, but the essential requirement is to process and analyse data closer to the end-user through high-speed, high-bandwidth connectivity. This is what the roll-out of 5G enables. 5G will link businesses using data-hungry applications or millions of sensors and devices to computing conducted in regional data centres, with full connectivity to the public cloud.

Edge computing requires the conjunction of mobile networks, software developers, the major public cloud providers and an ecosystem of managed service providers. This is why edge data centres are ideally situated. They sit between the on-ramp to the public could and the network-to-network interfaces. They provide sub-five-millisecond latency to end-users and supply the data backhaul required by network operators. Fast connectivity with the public cloud remains a critical capability since not all data will be processed locally.

The edge platform will enable the North to bridge the divide

A purpose-built edge platform will give all areas of the North high-speed, resilient, and secure access to edge computing. If it is an integral part of a genuinely national network connected by high-performance fibre, it will bridge the current gap between local businesses and the major cloud vendors and centralised platforms down in the South. Route diversity across a national network will reassure business and IT leaders concerned about availability and resilience. If one route goes down in another part of the country, switching to an alternative enables the edge platform to continue delivering low latency performance.

Irrespective of location, edge will transform almost all areas of business, healthcare, and government right across the North, and not just in the dominant, major conurbations. It will facilitate the vast expansion of artificial intelligence, machine learning, the internet of things (IoT) and enable higher levels of automation and efficiency in industry and agriculture. It will enable remote diagnostics and monitoring in medicine, interactive gaming, and autonomous vehicles.

Organisations with a headquarters, office, or warehouse in almost any part of the North will have full access to advanced computing and applications to transform their daily operational efficiency and to innovate and deliver products and services to new markets. They will be able to provide vastly improved customer experiences and embed sophisticated applications as part of their digital transformation ambitions.

Edge will dissolve the divide

Edge computing is an opportunity to dissolve the North-South divide in ways that have hitherto been impossible. Businesses and other organisations in the North will have access to all the tools and innovations they need to fulfil their bold digital plans, enabling them to create a virtuous circle. By increasing revenues, they can offer greater rewards that attract a much wider pool of talented individuals, who will take the organisation forward. In many cases, they will be able to do so remotely with no loss of performance or productivity, as edge computing completes the progress towards dispersed and hybrid patterns of work accelerated by the pandemic. This is certain to alleviate the current skills shortages.

Once organisations have access to the true edge, it will transform the North’s digital economy. The DCMS report into the regions concluded that: “Ensuring that there is the right enabling conditions in which all parts of the digital ecosystem can flourish must be a key imperative.”

The arrival of edge computing will go a huge way towards the fulfilment of that ambition, boosting prosperity across the North.