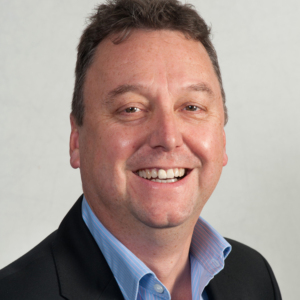 Strategically positioned regional colocation facilities are increasingly pivotal to the success of edge computing deployments. These are the latency busting missing links between centralised clouds and the users, computers, machines and devices at the network edge.

They are highly connected – including links to local internet exchanges – and located in proximity to large conurbations and densely populated cities up and down the UK. Furthermore, edge colos can relieve centralised data centres from becoming data traffic congestion areas, caused by the thousands of households and small businesses now connecting to FTTP at up to 1 Gbps.

And what of the Metaverse? The current network structures will not support the dramatic improvements in latency, symmetrical bandwidth and overall speeds required for the new generation of applications on the way. They need to update rapidly to replicate ‘real time’; for example, on a head mounted mixed reality display, we are talking in single digit milliseconds. Edge data centres can help solve the challenge by using local fibre or 5G networks to reduce latency and IP transit costs. At the same time, share the load with hyperscale or on-prem data centres when it comes to how best to optimise the significant amount of compute processing involved.

However, it is important to carefully consider the geographic location of your target users and customer before committing to existing data centre facilities. In a country the size of the UK, it may sound relatively straightforward since the physical distances involved between large cities are relatively small compared to say, the US or China. However, away from the London metro area, easily the most densely populated area with around 9.4 million, there are some 57 million people.

Many are dispersed somewhat unevenly. For example, the large conurbations of Greater Manchester and the Birmingham area have around 2.5 million people apiece. But the east coast and southwest populations are considerably smaller by comparison – and spread more thinly. Scotland has a much smaller population than England but there are anomalies with very large populations around big cities such as Glasgow – there’s no one size fits all data centre solution.

So, choosing the right edge colocation sites in the right locations will ultimately pay off in terms of your organisation’s operational efficiencies, bringing increased agility, competitive advantage and cost reductions. With this, consideration must also be given to the number of hops and where on the network an edge colocation site will be situated – these factors will impact on its suitability to meet specific latency use cases. Access to local internet exchanges and public cloud infrastructure via gateways are further factors.

Focus on the fibre

A data centre in Manchester is simply not close enough if you are looking to serve, for example, Birmingham or Bristol. Therefore, pay close attention to the proximity of existing or planned dark fibre infrastructure. This is crucial as edge data centres need accessibility to dark fibre routes serving regional areas and economic clusters. The more accessible and strategic they are in location, the more attractive they become as points of presence to carriers and ISPs looking for opportunities to connect and target new customers.

Many cloud service providers, CDNs, mobile operators and enterprise organisations are now leaving location to the regional edge colocation experts. Not only do these specialist operators make it their business to keep pace with the latest critical data centre and network infrastructure required for ensuring applications and services remain up and running 24/7, they spend considerable time on researching sites where they’re actually needed.

The Liverpool City Region is a useful practical example of how targeted regional fibre network infrastructure can combine with strategic colocation data centres. There is a population of 1.5 million and over 37,000 active businesses which need access to computing, applications and IT services hosted locally. A resilient 212km fibre backhaul network is being built by ITS, connecting three transatlantic cables and major economic clusters in each of the six local authority areas.

Once completed, the network will enable carriers and ISPs to provision gigabit capable broadband services to the local authorities, businesses and consumers. With this, Proximity Data Centres’ edge colocation facilities in Liverpool and Chester will serve as strategic points of presence (PoP) for providers such as Zayo, helping reduce latency and data transit costs for thousands of businesses.

PrevPreviousMaking the business case for UPS
NextA case for colocationNext