Reducing the risks of infrastructure consolidation during an M&A 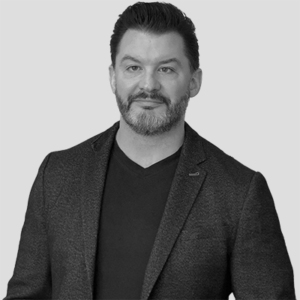 Last year was a record-breaking year for mergers and acquisitions (M&As), and while 2022 is unlucky to match the $5 trillion spent on publicly disclosed deals, we are nonetheless still seeing major deals taking place.

In January for example Prologis announced it would be acquiring Duke Realty for $26 billion in an all-stock deal. However, while there is excitement around a major M&A deal, history is also littered with examples of enterprises struggling to manage the risks and challenges of combining two organisations together.

From HR to marketing and corporate communications, the tasks that need completing – and completing quickly – are almost endless. For IT and data centre teams, the challenges are particularly onerous. With IT infrastructure at the heart of every enterprise, it is business critical to get it right. Even one small wrong step when combining two tech stacks together can create huge issues such as outages, lost revenue, and regulatory fines.

The issue of fines is particularly dangerous given the costs associated with regulations like GDPR – which last year saw a record of financial penalties handed out. On top of that, the recent announcement of the UK’s own break away Data Reform Bill is a sign of the continued fragmentation of global data regulations, which all make it harder for enterprises to remain compliant.

Navigating this regulatory minefield is hard enough, but thanks to the way that IT infrastructure evolves, it can become even more difficult. With a lack of consolidation, often IT teams run parallel environments while they consolidate connections, merge data silos and account for access points. All this complexity makes it incredibly difficult for the IT and data centre teams that are focused on ensuring information is correctly stored and the risks of outages are reduced.

With an M&A deal being completed, in an instant the attack surface being managed and protected doubles. If there is data stored at the edge that cannot be fully accessed or assessed, then there is a risk of personal data leaking, leading to fines and reputational damage. When consolidating IT infrastructure during an M&A, the stakes could not be higher.

We have seen examples too of deals that have failed to deliver on what they initially promised thanks to the security issues and the challenges of consolidating IT infrastructure. For instance, back in 2016, the world witnessed one of the biggest M&A deals in the hotel sector, with Marriott acquiring Starwood in a $13 billion deal. However, just two years after and the businesses were still struggling to combine infrastructure together, and were soon met with a £18.4 million fine from the UK’s Information Commissioners Office (IOC).

The challenge of consolidating infrastructure is hardly helped either by the limited capabilities of many of the tools on offer. With only a very limited and narrow scope for data collection, the tools teams use during an M&A can be a hindrance as data at the edge is easily ignored or forgotten.

What is needed instead is a single tool that can collect and help manage data regardless of where it is stored, generated, or needs to be sent. The arrival of observability pipelines finally brings a much-needed solution to this challenge for IT and data centre teams. Able to gather and discover observability data right at its source, observability pipelines enable administrators to explore logs, metrics, and application data at their egress point. This allows the teams responsible for consolidating infrastructure to interrogate data close to its source before deciding how it should be processed and managed.

In addition, observability pipelines provide the fine-grain controls needed to carry out tasks such as the redaction, filtration, and even reductions in data volumes. All of which can be used to eliminate attack surfaces, and reduce the risks and challenges associated with consolidating multiple IT infrastructures together.

Given the size and scale of M&A deals we are seeing, investing in the right tools to help consolidate infrastructure will deliver a huge ROI. Successfully merging multiple tech stacks and data stores is at the very centre of a good M&A deal. Putting in place the tools that can help reduce attack surfaces and make the management and discovery of observability data easier is not simply a nice to have. Increasingly it will be essential to unlocking the full potential of an M&A deal.