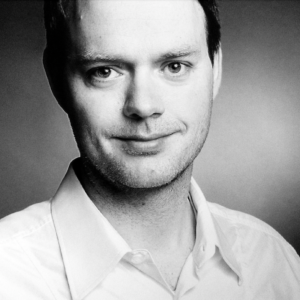 With this growth also comes great sustainability responsibility, as it increasingly becomes good business for operators to utilise the excess heat produced by data centres, which is generally just released into the atmosphere, to heat buildings and homes. More than ever, energy is a hot topic and data centres are now in a unique position to transform from consumers to suppliers, and by doing so, move away from being perceived as power hogs.

The significant excess heat that is produced by data centres can be captured and then reused for a company’s internal needs to satisfy heat demand, thereby improving energy efficiency. Companies connected to a district heating system – which is common in parts of Europe – can also sell or provide heat to the surrounding community, and in doing so become a green supplier to the energy mix.

As the world grapples with sky-high gas and oil prices, energy security risks, as well as the challenge of reducing CO2 emissions to meet climate goals, reusing heat has never been more appealing. Not only must we ensure we are only using the energy needed, but we also need to do more to reuse the energy we have already used once. After all, the greenest energy is the energy you don’t use, and the second greenest is the one we reuse.

In fact, energy efficiency can provide one third of the emissions reductions needed to reach net zero according to the International Energy Agency (IEA), an organisation committed to shaping a secure and sustainable energy future for all.

The IEA reported that internet traffic surged by more than 40% in 2020. And, as stated in its Data Centres and Data Transmission Networks report, published in November 2021, ‘this growth comes on top of rising demand for digital services over the past decade: since 2010, the number of internet users worldwide has doubled, while global internet traffic has expanded 15-fold.’

Interestingly though, global data centre electricity use in 2020 clocked in at just 200 to 250 TWh, or around only one percent of global final electricity demand.

These figures, according to the IEA, show that ‘despite exponential growth in demand for these services, rapid improvements in energy efficiency have helped to limit electricity demand growth.’ This highlights the fact that, regardless of growing demands, reductions within the data centre space in both power usage effectiveness (PUE) and water usage effectiveness (WUE) are possible.

But, as explained by the IEA: ‘sustained efforts by the ICT industry to improve energy efficiency, as well as government policies to promote best practices, will be essential to curb energy demand and emissions growth over the next decade.’

And this is where the reuse of excess heat, also known as heat recycling, can play a significant role.

Racks and rows of servers within a data centre can generate a fair amount of heat, and the cooling of these machines consumes significant energy, easily accounting for an additional 40 to 80% of the electricity required to power the servers. Cooling equipment itself also produces a great deal of excess heat, which is mostly released into the atmosphere and not used in a sustainable way.

This does not need to be the case though, and we’re seeing excellent examples, particularly within Europe currently, of how this excess data centre heat can be reused to heat surrounding buildings and within district energy systems.

Take the city of Frankfurt am Main for instance. Here, there are several projects in the pipeline working towards assisting the city in taking excess heat from data centres and using it towards its entire heat demand of private households and offices. In particular, DC-HEAT (Data Centre Heat Exchange with AI Technologies), a consortium of research institutions, data centres and associations, is looking to use artificial intelligence to ensure that the city is heated in a more climate-friendly way. Frankfurt has committed itself to converting its entire energy supply to renewable energies by 2050, thereby halving energy consumption and reducing CO₂ emissions by 95%.

Another interesting example is a Norwegian lobster farm that, in partnership with a local co-location data centre, has entered into an agreement to reuse excess heat from the data centre for the world’s first land-based lobster farm.

At this time, the colocation company uses a fjord cooling solution to cool its data centre, with seawater entering the facility at 8°C and then being released back into the fjord at 20°C. This so happens to be the right temperature for the optimal growth of a lobster, so moving forward, a new production facility will be built in close proximity to the data centre, allowing it to use the heated seawater for the breeding of lobsters.

Meanwhile at Danfoss, our headquarters site in Nordborg, Southern Denmark will this year become carbon neutral in Scope 1 and 2 emissions (emissions from purchased energy and from sources owned or controlled by Danfoss) and provides a roadmap for decarbonisation of factory sites all over the world.

Such solutions include an on-campus data centre which will produce excess heat of an estimated 1MW that will be recycled through the local heating grid, but also supplied to the entire region. When the Danfoss factory produces more heat than needed, the heat will be sold to the city-wide district energy system to the benefit of local citizens and companies.

Why are more organisations, cities and countries not reusing data centre heat?

This is purely an infrastructure issue, and the lack thereof. An important step towards solving this challenge is the introduction of a regulatory framework; one that focuses on achieving climate-neutrality within the data centre space, calling for the use of best-practice concepts, like heat reuse.

City planners, utility companies, regulators and businesses will need to work together closely to achieve this, and a vital part will be that these guidelines be applicable not just to new data centre build outs, but also for the retrofitting of existing data centres.

This is a feasible task which, while it may require a redesign of cooling or some additional conversion of energy, would provide better outputs – both for the business case and the environment.

There’s no question though that greener data centres can reduce their own energy consumption and also provide for the reuse of excess heat for other applications. Making the most of what we already have is the way of the future, as after all the greenest energy is the energy that is not used. Digital transformation and green transition can – and in fact must – go hand in hand.