Protect your cloud infrastructure with geo-redundancy 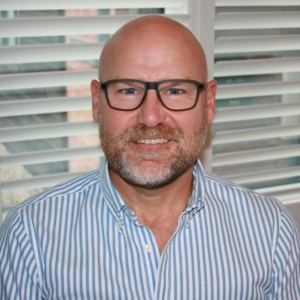 With more companies using the cloud as the basis for their IT services, hybrid cloud architecture has become the model of choice, combining the advantages of plannable workloads in the private cloud and fast scalability in the public cloud.

Cloud infrastructures are playing an increasingly important role in service availability. Many companies use them to secure their production workloads. Infrastructure in private cloud data centres can also be secured over longer distances as part of a disaster recovery strategy. For example, to protect against the effects of regional failures or disasters.

IT services are the foundation of any organisation and ensuring the highest availability is a top priority. Protecting corporate infrastructure against failures starts with redundant hardware, but it also requires building highly available clusters and including the highest level of protection: geo-redundant protection against the failure of an entire data centre.

What does that mean? Geographical redundancy (geo-redundancy) enables companies to prevent a local failure – such as a natural disaster, power outage, fire or extreme weather event – affecting redundant systems by sitting secondary sites at a distance anywhere from 50km to over 200km away.

While it’s clear companies that have migrated parts of their IT to the cloud – for example as part of a hybrid cloud strategy – can create redundancy by mutually securing private and public clouds, that doesn’t mitigate the potential vulnerability of the physical location of the cloud infrastructure.

This can be a major oversight. To give an indication of how disruptive it could be, a recent briefing by climate technology company Cervest at the Dublin Climate Summit suggested that by 2100 more than 8,500 buildings in the city’s central area could be blighted by coastal flooding, including power stations feeding data centres around the Irish capital.

That’s why it’s important to appreciate that geo-redundancy for cloud infrastructure is an important component of business continuity strategy. One of the most significant factors in deciding for or against a provider and its data centre locations should be where they are sited. Companies that adopt a cloud-first or global data centre and network strategy need a geo-redundant business continuity approach to run their cloud infrastructure with low latency.

Organisations that operate a main data centre, either at their own headquarters or with an IaaS provider of their choice, can easily plan for geo-redundancy: they specify a distance (200km for instance), draw a line around the data centre with a compass and pick the best option beyond it.

But global organisations need a strategy that can protect a network with numerous data centre locations worldwide. They want to try and solve two problems at the same time: enable mutual geo-redundancy through their numerous locations and conform to local or European legal specifications.

In addition, by using intelligent IT architectures they can move workloads within the geo-redundant locations as the situation requires. This gives them scalability and the ability to manage workloads more effectively.

The case for a single-provider strategy

Organisations that operate their own virtual infrastructure in the data centre and hybrid cloud through a cloud company have two providers to consider: the partner and their own IT. In most cases, they also use public cloud, often for specific applications, adding another provider to the mix. For companies with locations worldwide, this type of multi-vendor strategy does not make a lot of sense and the administrative effort, compatibility problems and higher costs can have a negative impact.

The problem, however, is that only a few cloud and IaaS companies can provide individual geo-redundancy solutions worldwide with a direct connection between their data centres, based on low latency. Hyperscaler public cloud offerings, for example, are limited because their business models become less flexible when they move beyond PaaS services. In addition, it is difficult for them to offer native data protection compared to cloud providers with corporate headquarters in Europe. It is also important to remember when making a decision that each data centre location should be ISO 27001, PCI DSS and SOC1 certified.

A network of redundant data centres

Companies that want to act, grow and scale globally need a worldwide network with numerous locations. A network of redundant data centres enables them to move workloads between locations as needed, whether it’s to meet regional demand or take over the load during maintenance work on the company infrastructure.

With a geo-redundant secured single-provider for cloud and hosting services, companies can operate their cloud infrastructure globally and securely.