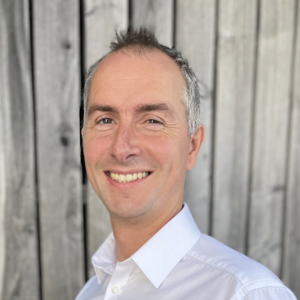 Despite increases in efficiency, the power consumption of data centres is continuing its ever-upward path – and is estimated to be responsible for around 1% of worldwide electricity demand, both for powering servers and to cool them.

In particular, the surge in demand for cloud services is driving the growth of large, ‘hyperscale’ data centres.

Regardless of their size, all data centres need to ensure a continuous electrical supply, to avoid data losses and outages in service. The diesel generator, or genset, has been the primary equipment used to fill any short-term emergency gaps in grid power – but there is increasing pressure to reduce genset emissions, or switch to alternative technologies.

The landscape for data centres

Legislation to tackle climate change is making a big impact on data centres, and the industry is responding with self-regulation initiatives. For example, the Climate Neutral Data Centre Pact, where a group of cloud providers and data centre operators has submitted a proposal to the European Union to make data centres in Europe climate neutral by 2030. As well as greenhouse gases (GHG), there is also a drive to reduce other emissions that can be detrimental to health, such as nitrogen dioxide.

Hyperscale data centres need to deliver on the sustainability commitments made by their owners, and the companies that use them. Between them, Amazon, Google, Microsoft, Facebook and Apple use more than 45 TWh of electricity per year. These big five firms, known informally as GAFAM, have made strong public commitments on reducing their emissions, and need to hit these targets to avoid reputational damage and problems with legislators. At the same time, they are not willing to compromise on cost, performance, security or reliability in the drive towards net zero.

For example, Microsoft has committed to being ‘carbon negative’ by 2030, removing more carbon dioxide from the air than it emits. Similarly, Google has promised to power its data centres with carbon-free electricity by the same year. Amazon, Facebook and Apple all have broadly similar climate goals.

These trends mean that more action on sustainability is needed from genset manufacturers.

The role of diesel gensets

Diesel generators are a proven solution for data centres, with low operating costs, high energy density, and long-term reliability. They are easy to deploy and operate, and provide a highly available source of power.

However, diesel gensets have one major disadvantage: their environmental performance. While gensets are only used infrequently, the data centre industry expects them to move towards cleaner operation and lower emissions.

New legislation, more taxes and tougher regulation are likely to make diesel steadily less attractive; for example the UK has recently prohibited the use of low tax ‘red diesel’ in data centre generators. Singapore has gone even further, imposing a moratorium on new data centres in 2019 partly due to environmental concerns, which has only recently been lifted.

Microsoft estimates that diesel contributes less than 1% of its overall emissions, but it is still pushing to end its use of diesel gensets for emergency power by 2030. It is exploring options including biogas, natural gas, and hydrogen, but it’s not yet clear if it has any solutions that can scale sufficiently to replace diesel. Another option, followed by Facebook and other large players, is to locate data centres where the local power grid is proven to be robust, so there will be fewer outages to cover.

Diesel technology is constantly evolving. Genset vendors have invested massively in reducing emissions, and made substantial improvements. They are also working towards digitalisation, using the Internet of Things (IoT) and remote monitoring for improved diagnostics.

In-cylinder technologies reduce the pollutants emitted by the diesel engine. For example, shifting from mechanical fuel systems to electronic fuel injection can significantly reduce the creation of pollutants. Computer-aided engineering tools and computational fluid dynamics have also enabled the modelling of engine behaviour to become more sophisticated. Together, these and other in-cylinder developments, such as exhaust gas recirculation, have allowed optimisation of the system to improve fuel consumption and reduce emissions.

Another major area of improvement has been the reduction in ‘wet stacking’. This is when unburned fuel builds up in the engine’s exhaust system, leading to excessive wear and damage. This is usually addressed by burning off unused fuel every month by running generators at 30% of their rated capacity for at least 30 minutes – but this is an expensive waste of diesel and results in higher emissions, particularly for large data centres with multiple generators.

Kohler has addressed wet stacking with highly optimised engine design, enabling operators to run their monthly generator tests with no load, only running a load test annually. This has a big impact, and can reduce overall generator emissions by up to 85% (see Figure 1).

As well as the engine itself, after-treatment systems are used to reduce emissions. These systems include diesel oxidation catalysts, diesel particle filters and selective catalytic reduction, to capture the different gases and particulates present in the engine’s output. New after-treatment technologies are continually improving the performance of these systems.

The evolution of future technologies

Looking beyond diesel, biofuels can provide another way to reduce GHG emissions, by using renewable fuels where carbon has been captured from the atmosphere by plants, rather than fossil fuels.

An attractive option is Hydrotreated Vegetable Oil (HVO), also known as renewable diesel. This is produced from waste and residual fat from the food industry, as well as from non-food grade vegetable oils. HVO overcomes some of the problems typically associated with biofuels, such as instability and ageing when stored over long periods of time.

HVO can be used as a direct replacement for regular diesel without engine modifications, reducing carbon emissions by up to 90%, and can also be mixed with diesel in any proportion.

Looking further ahead, lithium-ion batteries and fuel cells are two new technologies that are being widely considered for data centres, with many operators running trials. Fuel cells run on hydrogen, with water as the only waste product. If the hydrogen is made using renewable power, so-called ‘green hydrogen’, then they provide a zero-emission emergency power solution.

However, compared to diesel generators, batteries and fuel cells have disadvantages in terms of scalability and cost. For example, batteries that are big enough to use for back-up power are very expensive, and can have a significant environmental impact in their production and disposal.

Fuel cells would require substantial investment in infrastructure to transport and store enough hydrogen; for instance, 100 tons of hydrogen would be required to power 30MW of IT equipment for 48 hours.

In the long-term these technologies hold great promise, but widespread deployment is likely to be at least 10 years in the future.

With the climate crisis becoming a major challenge for us all, genset manufacturers have a responsibility to improve environmental performance. This includes optimising their existing diesel technology, and developing new solutions that can bridge the gap to fully renewable power. Diesel gensets are going to be around for many years, and there is a lot we can do in that time to reduce their environmental impact.