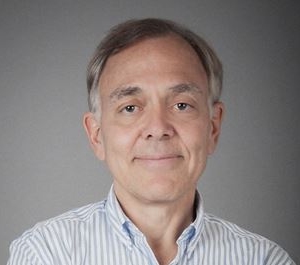 Concerns about how we track, collect, store, and protect data have been growing over the past decade. Today, they’re at the forefront of the policy agenda.

Some recent standout moves include the introduction of GDPR and the drafting of the Digital Markets Act in the European Union. In addition, the US has many scattered data protection laws and anti-trust concerns embedded in bills like the proposed American Innovation and Choice Online Act. Just last year, China amended their anti-trust laws to crack down on big tech, and India is in the process of drafting new data protection laws.

These discussions typically encompass three big topics: data privacy, managing competition within the context of big tech, and data sovereignty. The latter refers to the concept that sovereign states should be able to regulate data created and stored within their borders.

Data sovereignty has gained traction as a cause because it addresses concerns around the role of nations within the digital age. Governments are working to regulate how and where data coming from within their country can travel, and how much such controls should reflect regulations around sharing sensitive information across non-digital sovereign borders. However, one vital aspect of data sovereignty often overshadowed is the economic angle.

The economic weight of cloud storage

In a report published in April this year, Gartner predicted that public cloud end-user spending would reach nearly $500 billion globally. Similarly, the share of corporate data stored in the cloud has leapt from 30% in 2015 to 60% in 2022.

This means data sovereignty controls advocated by policy and lawmakers at the moment will not only impact big tech companies or social concerns. They will also cause significant economic fallout on the cloud and cloud storage market.

The reason is that data sovereignty laws require users to consent to their data moving into new jurisdictions under data sovereignty laws. Gaining the necessary permissions every time a large organisation needs to carry any small amount of data across borders could seriously impact both the storage provider and customer.

For organisations, this means in practice that they will no longer be able to keep any data they collect, like customer data or data on goods, anywhere other than the country where it was collected. A UK-based company would no longer be able to store their data in the Netherlands, instead having to keep their data within the borders of the UK.

In turn, this means that cloud providers will either need to already have data centres in all of these countries, or they will need to build them. The effect of passing data sovereignty regulation on businesses or other large organisations will, consequently, likely result in a surge in the construction of local data centres.

This can be a good thing in terms of investment. For example, building a new data centre means more property, plant, and equipment spending. In turn, this increases demand for goods and services produced by local suppliers and spurs the creation of more local jobs.

On the flip side, the cost of building local data centres in every jurisdiction they serve will hurt the profit margins of cloud providers. Not only will they have to shell out for the construction cost, but providers will have to account for the inability to agglomerate their data centres. Fewer, bigger data centres are less costly than many smaller ones – the latter means more overall spending on wages, and providers can’t centralise in areas where energy and cooling are cheap.

Pressing the profit margins for providers has knock-on effects on consumers, as this likely will mean price rises for many services that involve cloud computing and storage. But, ironically, these laws also end up further advantaging hyperscalers like AWS or Microsoft, flying in the face of the anti-trust principles that often power data sovereignty laws. This is because higher barriers to market entry and operations posed by data sovereignty laws will likely tend to make smaller cloud compute and storage providers less competitive overall.

From a macroeconomic perspective, data sovereignty laws have a clear benefit through their encouragement of domestic investment. Through this, they spur job creation and build up national tech ecosystems.

However, data sovereignty has obvious costs when considering the financial impact on cloud providers and their customers. This will radiate throughout the economy because most organisations we work with rely on cloud infrastructure.

This is an economic trade-off, and on an initial glance, there’s no objectively ‘right’ choice here. But policymakers must be fully versed in the financial fallout of their choices on data sovereignty. Just as we are keen to scrutinise data regulations’ impact on issues like privacy, anti-trust, and data security, we must pay attention to the economic knock-on effects of data sovereignty laws and price them into the public debate.