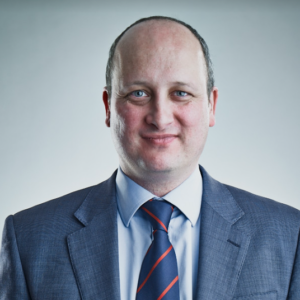 The latest data from the Uptime Institute suggests that the cost of data centre outages is on the up, with power failure the number one cause.

There’s no getting away from news of power costs rising exponentially, with homeowners and businesses living under the threat of supply disruptions and record prices. Increased prices for coal and natural gas are impacting power generation, with some generators shutting down as a result. The conflict in Ukraine is not only impacting prices, it is also physically disrupting energy transmission and imports.

While geopolitics has a huge influence on the current energy landscape, power supplies are also being impacted by the weather and energy transition. High temperatures throughout the summer contributed to increased demand, while supplies were reduced due to depleted hydro and wind power caused by the heat. Harnessing natural sources of power, combined with peaks and troughs of usage, means that balancing the grid to produce a stable and constant supply can be more challenging, increasing the likelihood of temporary blackouts.

Managing risk in an energy-critical environment

While no facility is entirely risk-free, taking a preventative approach is significantly less costly than risking an outage. In a mission-critical environment like a data centre, where customers demand 99.99% uptime and above, having a UPS and backup generator in place is non-negotiable. However, with costs rising, and energy resilience being hit from all sides, ensuring that backup systems work as they should has never been more critical.

Arguably the undersung heroes of the power world, load banks are used to test the reliability of backup power systems to ensure that they work effectively should an outage occur. They do this by creating an electrical load that imitates the load that a generator would use if/when called upon.

Wherever there is a generator, there is also a need for a load bank. Using a load bank to commission or regularly test the backup power system not only tests the prime movers and the batteries (UPS), but ensures all other components such as the alternator and the transfer switches are tested too. A load bank test proves that the UPS/generators will start, operate and run efficiently in the case of a power outage, and that the generators can be safely turned off with no interruptions when mains power is restored.

Ideally, all generators should be tested at least annually for real-world emergency conditions using a resistive-reactive 0.8pf load bank. In applications where there are multiple gensets, it is best practice to run them in a synchronised state, ideally for eight hours. In this instance, opting for a large multi-megawatt, medium voltage load bank package will facilitate both testing and synchronisation of multi genset systems on a common bus with a lagging power factor.

The right tools for the job

With cost-benefit/risk analysis a relatively easy argument in terms of cap-ex, many operators opt to buy load banks for ongoing and regular use. Their incredibly long shelf life means that they can be permanently installed and provide years of operation. Recent product development means that they can be supplied as a transportable option, making it easy to test multi-genset applications.

Load bank rental is also an option, allowing operators to increase their testing capacity or access different types of load banks for different applications. Either way, load banks should come with a warranty, after-market care, and full training and support.

A range of applications

In a data centre environment, load banks have more than one use. While testing is a key concern in the current environment, load banks can also be used to apply additional load to lightly loaded engines, stabilising the system and helping to avoid wet stacking and generator damage. DC load banks can also be used to test UPS systems for close battery analysis and discharge performance, enabling operators to identify and rectify potential weaknesses.

Load banks have earned their name as a preventative maintenance tool. However, they can also be used during the commissioning phase. Load banks should be used to fully test systems once installed, ensuring that the impact of lifting, moving, and installing hasn’t thrown factory tests off target. Using resistive-only load banks to heat load test the air conditioning systems at the commissioning stage is also an important step to validate that they can cope with the heat output of the servers.

Put simply, implementing a load bank testing regime as part of your energy resilience strategy could mitigate the huge and costly risks identified in this year’s Uptime Institute research. With costs running into millions, and customer uptime expectations also on the rise, the business case can almost write itself.