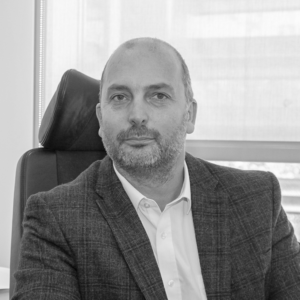 Two years ago in New York’s Union Square, the bright letters of a new climate clock counted down the critical time window remaining for humanity to take action and save the planet from a climate catastrophe.

To remain under the crucial 1.5°C warming and prevent the worst effects of climate change from becoming irreversible, we were warned we had circa seven years to switch from fossil fuels to renewable alternatives to keep C02 emissions in check.

Fast forward to now and carbon emissions are still rising, profits made by oil and gas giants are soaring. If we revisit the clock analogy, it currently stands at one minute to midnight – less according to many scientists. We’ve already seen first-hand evidence of what Antonio Guterres described in his opening COP27 speech as “climate hell”. So far this year southern US States were hit by powerful winter storms leaving millions without electricity, Antarctica reported a heatwave with temperatures some 70° higher than normal, parts of the UK and mainland Europe reached temperatures in excess of 40° and Pakistan experienced super floods because of severe monsoons and melting glaciers.

Data centres are often the scapegoats of climate change challenges

Data centres often find themselves at odds with environmental activists because this is where demands of digitalisation and climate change clash. Relationships are not helped by the fact that data centre construction is growing exponentially to keep pace with global demand for seamless handling of data generated by people and machines. But this explosive growth is further amplifying their power usage and the knock-on effect this is having on the environment. Moreover, our data generation is only going to accelerate as IoT and other automated technologies gain momentum and this in turn is fuelling demand for localised data handling which means even more construction.

In fact, it is predicted that around 125 billion IoT devices will be in widespread use by 2025, all generating data, and all-consuming energy. What’s more, Gartner estimates that 75% of enterprise-generated data will be created and processed outside centralised facilities within the same timeframe. In tandem, the global market for edge data centres is also expected to nearly triple to $13.5 billion.

When you factor this in with the infrastructure changes and data processing requirements needed for smart cities, smart manufacturing, driverless vehicles etc, power consumption at these levels is simply unsustainable long term. Data centre energy consumption needs addressing urgently and moving forwards. It is fundamental that next generation data handling facilities are built to have minimal impact on the environment whilst having an extended shelf life, regardless of a changing climate.

Whilst it’s true that the industry is transitioning from fossil fuel to renewables and replacing backup generator diesel fuel with biofuel alternatives, its overall energy consumption is still going up, which by default means C02 emissions are increasing also.

Data centres need a viable means to reduce their overall energy consumption from the outset. Not only would this go a long way towards an optimised PUE, something that is coveted by all data centre providers, it would make for a much smaller carbon footprint.

In answer to the industry’s power dilemma, DataQube Global has developed a modular solution that consumes 50% less energy and emits 50% less carbon compared to regular facilities. This is achieved through a unique design architecture and person-free layout, with the energy transfer dedicated solely to powering computers. The system’s efficient use of space combined with its optimised IT capacity also makes for a smaller physical footprint because less land, raw materials and power  are needed.

With the critical infrastructure housed in data centres integral to everyday living, data centres need to rethink their layouts, not only to operate efficiently optimal PUE, but to meet proposed decarbonisation strategies, which are set to become mandatory for Tier I enterprises by 2023.