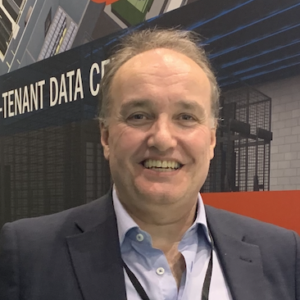 Internet of Things (IoT), from a top-level standpoint, refers to a network of physical devices, such as embedded sensors, driverless vehicles, smartphones/tablets, wearables, or home appliances, that create and share information wirelessly without any human involvement.

And although IoT is very much in vogue right now, it is a technological capability that has been around for at least 10 years with interconnected devices and applications prevalent in industry and consumables.

What has recently changed is the augmented capabilities of the embedded devices, the standardisation of communication protocols and more affordable IT. This, along with a shift in working trends, has given the IoT phenomena a turbocharge and as such it is transforming operational processes and product lifecycles across all markets and applications.

The advent of 5G with its superfast speeds and ultralow latency capabilities has been central to this acceleration, particularly as far as industrial IoT is concerned. In actual fact, this next generation network has brought about major innovations in silicon design, fundamental to the intelligence of IoT devices and technologies, and as such they’re capable of capturing an array of constantly changing data that is needed for a truly smart world.

IoT technologies are being deployed across the board. By manufacturing and supply chain companies for operational reasons, by social housing landlords to augment mobility and wellbeing, by insurance companies to combat fraudulent claims, and by healthcare organisations for traceability and accountability purposes, the possibilities are endless. Moreover, IoT is supporting enterprises, regardless of sector, with their sustainability targets by empowering them to reduce overall energy and water consumption, and ultimately their running costs, through greater insight and detailed monitoring.

It’s worth pointing out though that the vast majority of IoT applications operational today are not running on 5G networks, but on existing cellular networks and this begs the question why. The answer is its universal availability. According to a report from Counterpoint Research, 4G will continue to be the dominant cellular connectivity technology used by IoT devices until 2028 and only after this date will 5G become the dominant player in IoT.

Although the rollout of outdoor 5G coverage is in full swing, it’s by no means mainstream and many existing 5G enabled devices are still switching between 4G and 5G services, which impacts performance and the reliability of IoT. 5G networks may well offer to deliver much higher speeds, but the trade-off is shorter propagation range (5G uses the < 6 GHz or 28+ GHz frequency bands) and their poor ability to penetrate bricks and mortar. This means that Industry 4.0 technologies such as digital twins, autonomous robots or additive manufacturing powered by AI are off limits to everyone other than tier one enterprises who have the bandwidth and the budgets to commission a 5G private mobile network.

A shortfall in 5G infrastructure at carrier level

Mobile signal quality is dependent on a range of factors including location, topography, number of users and the services used. When said signal is required to penetrate a building’s physical attributes, the performance immediately deteriorates by default. The only way to overcome the poor mobile coverage quandary is to take the outside signal indoors using supplementary equipment, much of which is not yet fully 5G compatible. The 5G coverage scenario is exacerbated further by a shortfall in infrastructure at carrier level. Until TelCos and TowerCos are in a position to upgrade their infrastructure at scale with the cloud and backhaul capabilities needed for 5G, 4G will continue to be the backbone of existing IoT systems and business critical communications.

Manufacturing companies, large factories, industrial warehouses, etc have historically limited their comms infrastructure investments to specific areas within a building – breakout areas, canteens, and administration offices – because of the perceived high costs involved. As a result, many areas on the shopfloor, along with goods in and out handling areas are void of any cellular connectivity. And this is impacting the use of IoT because a mobile phone signal is needed for their operability. There is also the health and safety aspect to consider as the trigger mechanism for the obligatory damage detector systems, predictive maintenance technologies and indeed all other M2M communications is cellular.

4G comms investments will hold good for the foreseeable future

If businesses want to truly leverage the IoT revolution, then the most logical strategy is to assure seamless coverage for existing 4G services. 4G is going to be the underlying enabler for most IoT systems and processes for the foreseeable future and as such any investment made in 4G infrastructure will hold good for a while, plus it will ensure that an organisation is future-ready for the country’s new public safety network (ESN) on track go mainstream in 2024. 5G capabilities can subsequently be incorporated as rollouts intensify and more real-world use-cases unfold.