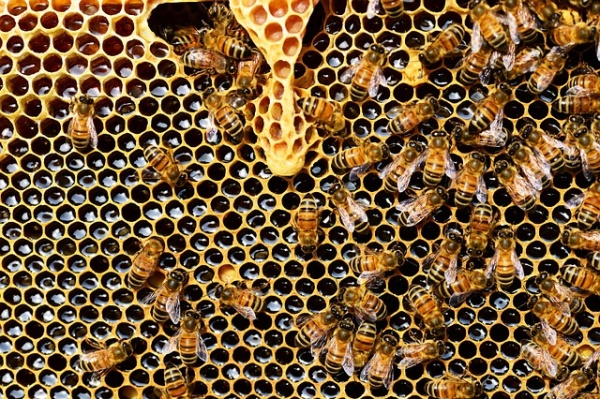 What do you get when you take enough concrete to fill 24 Olympic swimming pools, two Eiffel Tower’s worth of steel, 7.2 million hours, 100% renewable power and 500,000 bees? The answer: Facebook’s data centre near Clonee, Co Meath.

It’s no secret that Facebook is one of the most popular social media platforms around today, connecting 2.5 billion people across the world on a daily basis. Most of us use Facebook to message, share content and let’s face it, mindlessly scroll for longer than we care to admit. But rarely (if ever) do we stop to think about the driving force that makes it all possible.

Stretched across a whopping 250 acres (that’s nearly 3 Disneyland’s FYI) Facebook’s Co Meath data centre became operational in December 2017 and has been making our social media obsession possible ever since.

When work began back in April 2016, the data centre was the largest construction in Ireland, with 1,550 workers on site each day. Now however, things have calmed down a little, and Facebook now has 300 staff working on the site supporting day-to-day operations.

As well as running on 100% renewable wind power, the social media giant is also an advocate of the save the bees initiative, with the site currently housing 10 bee hives, each home to 50,000 of our stripy friends.

An incredible step in the right direction for Irish wildlife, Irish bees have been struggling to find food due to reduced numbers of flowers, rendering a third of the country’s bee population threatened with extinction. To combat this, Facebook has not only provided homes for nearly half a million bees, but has added a wider variety of native plants, shrubs and trees on site to ensure they have ample food.

For those who don’t know quite how important bees are, honey bees are responsible for around £23 billion a year in crops. Without them, we would lose all the plants that they pollinate, all of the animals that eat those plants and so on up the food chain. A world without bees would certainlystruggle to sustain the global (ever-growing) human population of 7 billion.

The addition of bees to the Facebook site is mutually beneficial too, not only do the bees have a safe place to live; when they leave the apiary to travel further afield (up to 5km), the increased pollination around the area is set to help significantly up the crop yield for local farmers. Everyone’s a winner.

And that’s not all Facebook is doing over in Ireland right now. The company has now launched its ‘Community Action Grants’ programme in Co Meath, in support of local community projects relating to culture or technology.

The Facebook Clonee team is encouraging locals to submit ideas around topics that address community needs by putting the power of technology to use for community benefit, which in turn will improve local STEM education, as well as connecting people on or offline.

“To date, we’ve donated more than €2.5 million to community projects across all our regions which have included investments in tablets for programming classes to increase the students understanding of technology, contributed to family friendly events, games, concerts and community celebrations for our local communities,” commented Clonee data centre site manager, Mark Hunter.

“We’re very excited to welcome applications from local community groups in Meath over the coming months.”