Security is a myth – is Metaverse? 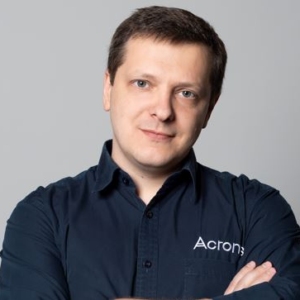 In 2021, Facebook Inc. announced that it was departing from its globally-recognised name to the new moniker ‘Meta’ in tandem with the announcement of its newest virtual reality platform — the Metaverse.

The Metaverse is a virtual reality playground where users can create virtual avatars of themselves and interact with others — all from the comfort of their homes. This platform will track the user’s eye movements, gait, pupil dilation and more to create an organically moving and acting avatar while collecting information about the user — whether the user likes it or not.

Other companies have tried (and failed) before to create such virtual platforms, but various roadblocks obstruct any paths to success that most of these developers just can’t seem to pass. Roadblocks such as creating a user-friendly interface that won’t frustrate more casual players, making a product that is unique enough to set it apart from other platforms, and generating enough processing power to support a large userbase and a heavy workload. Meta gleefully sidestepped these roadblocks with their large expanse of resources at their disposal, but one terrifying obstruction Meta hasn’t quite figured out how to navigate yet: security.

Meta plans to spend $50 million on outside research, focused on improving their security and privacy in an attempt of squashing the various insecurities in the platform with partners such as the National University of Singapore using resources to investigate data usage.

But is it enough? Facebook (and it’s still very much the same company) has a notorious history, saddled with almost unavoidable infamy that’s to be expected from a social media platform boasting over 2.9 billion unique users — a history filled with fake news scandals, alleged election tampering, and a platter of various security and privacy concerns. Of course, the platform has its un-ignorable positive uses as well, allowing users to connect with loved ones otherwise near impossible to contact, re-strengthening bonds between friends and acquaintances alike that, in any other reality, would have faded away. So how will all of these negatives — and positives — translate to the virtual Metaverse, where interactions are that much more personal?

India is a particularly vulnerable target in cyberattacks, especially as cyberattacks become the fastest-growing type of crime. We at Acronis estimate that the cybercriminal economy has reached around $2 trillion – and it’s the fastest growing segment out of the $5-10 trillion criminal economy, growing quickly still. A user-friendly platform like Metaverse, which could attract a large younger player base, puts our youth at risk, with the National Crime Records Bureau (NCRB) reporting cybercrime targeting children jumping over 261% in 2020 alone across the country, putting a large swathe of vulnerable users at risk for a variety of cybercrimes.

Even outside of cybercriminals, Metaverse brings in a lot of risks, such as the fact that it will require 1,000 times more computing power than it currently utilises in order to support its userbase. Also, even with user security measures in place, children are still at risk of being groomed or targeted by sex criminals, an issue any social media platform that attracts children unfortunately struggles with. The Global Threat Assessment report conducted a survey on online child sexual exploitation and found that 34% of respondents reported being exposed as children to sexually explicit content online that made them uncomfortable.

Additionally, ‘skins’ in these virtual worlds — different appearances and outfits users can wear to modify their virtual appearance — are becoming as valuable as tangible material objects, with different virtual economies forming in various games, threatening children who don’t yet understand finances and those vulnerable to gambling addictions. And in India, the gaming industry is expected to grow rapidly – just the mobile gamers are set to grow from 430 million today to 650 million users by 2025, according to IAMAI OnePlus and RedSeer. The local gaming market will generate over USD 3.9 billion value by then.

It’s very possible that the Metaverse doesn’t introduce any new issues to the virtual playing field, but that doesn’t mean that these issues aren’t worth investigating and mitigating to the best of our abilities. With three billion regular participants, gaming isn’t going anywhere and it’s time for the world to take these threats to our security and our children seriously. Don’t sell your privacy for cheap — it’s worth more than you think.