It’s time to put the intelligence back into data analytics 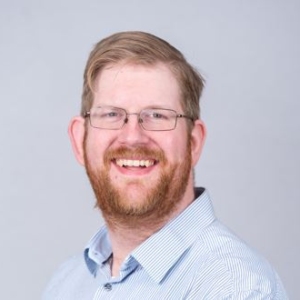 We often hear the phrase, “It’s not what you know, it’s who you know”. But businesses globally have quickly realised that it’s what you do with what you know that offers the potential to unleash a new phase of growth.

The potential power of data analytics to make transformative decisions, faster, is unmistakable. According to IDC forecasts, worldwide spending on big data and business analytics will reach $260 billion this year, having grown 11.9% annually for the last five years. It’s not hard to see why, either, as such platforms have been heralded as a silver bullet promising both market relevance and the ability to become more adaptable than ever before.

Yet, beyond the hype, companies are failing in their efforts to become data-driven and capitalise on valuable insights. In fact, a recent global study by NewVantage Partners revealed that less than half (47.4%) of senior IT officers are competing on data and analytics, and barely over a quarter (26.5%) report that they have created a data-driven organisation as a result of their efforts. So why are data analytics projects falling short?

Put simply, data teams are facing the mammoth task of containing and executing against all the intelligence they produce in one place; one that is next to impossible to fulfil. Every application is hungry and competing for resources in its own right.

So as data becomes separated between an array of applications that often don’t communicate well with each other, realising the potential of data analytics is becoming exceptionally challenging. Customising multiple new cloud applications won’t deliver the expected benefits unless we find a way to integrate the ever-growing number of APIs and other data sources.

It’s clear to see that data teams are losing control over their sprawling technologies. And often, this ends up contributing to the industry-wide problem of ‘empty software’, where businesses purchase licenses at significant expense, but then rarely see the expected return on investment.

Often this can be attributed to the opening up of ‘information gaps’, where the failure of analytics leads to incomplete or incorrect information being supplied to various groups across the business. If we view information as the result of data and context, when one of these two pillars falls down it can have problematic implications for a business.

It’s a common problem, but one that can certainly be overcome if the right steps are taken. Putting the ‘intelligence’ back into data analytics, and giving more people within the business the tools to work with data, should be a priority. Here are some of the ways to do it.

Build on a foundation of data

What that means in practice is building a solid foundation of clean, curated data. Right now, it’s often the case that digitally-native employees download data from sources directly and attempt to piece it together manually, but that’s proving to be one of the most common causes of information gaps in data. Underlying datasets instead need to be properly curated and cleaned using fully automated, repeatable routines so that analytics can produce accurate and actionable information, not merely assumptions.

The current need for data teams to update their pipelines to ensure compatibility every time a dataset changes creates a huge maintenance burden. It’s one that only increases as new analytics projects and a wider variety of cloud data sources are integrated. But machine learning algorithms present a potential remedy, promising to help track updates and report changes in real-time, so data can flow through the organisation and constantly evolve.

Lower the barrier to entry

Presenting data in a digestible way and decreasing the learning curve across the business is also key to closing information gaps. Intuitive visualisation and integration tools enable a simplified way for less code-savvy employees to work with complex assets. The emergence of low-code and no-code tools also underlines the demand from organisations for streamlined, automated data integration, which puts valuable skills within reach of the many instead of the few. Decreasing the data learning curve is one of the best ways to make your organisation more data-driven.

Circulate information freely throughout the business

For data to make the biggest impact possible, it should be in the hands of frontline decision-makers, fully contextualised in order to encourage the right behaviours. Data needs to go beyond the dashboard and be treated as a constantly recirculating commodity that goes back into the tools and systems where their daily operations run. Data governance should be put in place that doesn’t restrict data, but rather enables secure access for those who need it.

In essence, successful businesses of any kind should operationalise data as a core skill and perform analytics efficiently and at scale. Information gaps not only put business decisions in jeopardy but careers as well. With such a ripple effect, these seemingly small disconnects can result in major inefficiencies that threaten return on investment.

To truly compete in today’s digital economy, pinpointing and closing information gaps should be an absolute business imperative. To help do this, data analytics needs to be demystified and democratised within organisations.