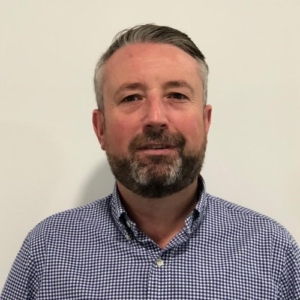 As European society becomes increasingly digitalised, data centres are becoming more important than ever to the way the population operates, both personally and professionally.

According to Domo’s Data Never Sleeps 6.0, it is estimated that the average person creates 1.7 MB of data per second. Naturally, such large quantities of data must be processed, transferred and stored, with this task falling to the world’s data centres.

While this uptick in data usage presents an opportunity for the data centre market to grow, it is not without consequence, with the FLAP-D market in particular bearing the brunt of this. For instance, in the Republic of Ireland, electricity consumed by data centres has jumped 144% in five years, leading supplier EirGrid to introduce strict legislation around establishing connections for new facilities.

Moreover, this has aligned with one of the greatest challenges to date in the global energy crisis, which has resulted in increased energy bills and greater frequency of power outages for data centres. Together, these challenges are threatening to undermine the projected growth of the European data centre market. As such, operators must now look towards alternative means of energy procurement in order to guarantee the security of their facility.

The state of play

In an effort to assess how data centre operators are currently managing these challenges, Aggreko commissioned a new report, The Power Struggle – Data Centres. As part of this research, 253 industry professionals across the UK and Republic of Ireland were surveyed in April 2022, from Junior Manager up to C-suite Executive roles. The headline findings chime with the issues outlined above, with 50% of those surveyed citing a significant increase in energy bills in the past three years, while 65% have experienced a power outage in the past 18 months.

Moreover, industry confidence in government support was lukewarm in both the UK and the Republic of Ireland, indicating that operators do not believe that these challenges will be easily rectified through legislative action. Given that grid strain and the energy crisis are symptoms of more deep-rooted problems, there is a clear need to re-evaluate approaches to power procurement in the data centre sector to avoid encountering these issues again.

Energy as a Service

A possible alternative to a traditional grid connection is Energy as a Service (EaaS) or Power Purchase Agreements (PPAs), wherein end-users access power through a subscription contract. The advantages to this approach are clear, allowing facilities to reduce their reliance on an increasingly unstable grid connection without the need for outright purchase of new equipment or directly managing its use. This concept has grown in popularity with data centre operators in the past few years, with 51% and 49% of respondents in the UK and Ireland respectively now considering generating their own energy on-site.

However, despite the potential of EaaS to help mitigate the energy crisis, it is not without its limitations. For example, many of those surveyed claimed that their current EaaS contracts were subject to fixed-term pricing on a one-or two-year basis. When taking into account the rapidly fluctuating price of energy, it is easy to see how this could be counterintuitive. This concern is even more troubling given that some EaaS providers issue penalties for excessively high usage, meaning that operators may be forced into paying unavoidable fees.

The future of flexible energy

That said, EaaS can still prove a viable solution with some slight alterations to traditional models. Hired Energy as a Service (HEaaS), for instance, is a variation of this system that allows operators to access the benefits of EaaS models without the drawbacks. Here, operators are able to scale their output up or down as desired to help work around demand, without running the risk of incurring penalties.

A truly flexible system such as this, provided by an adaptable supplier, is a key technology in enabling data centres to navigate the combined effects of grid strain and the energy crisis effectively. However, it is important to recognise that these challenges are likely to reoccur, and that only through more large-scale adoption of flexible energy models will data centres comprehensively secure their energy supply and rise to the growing demands of the industry.

PrevPreviousSkilling up for sustainability
NextThe skills shortage – how bad is it?Next