The skills shortage – how bad is it? 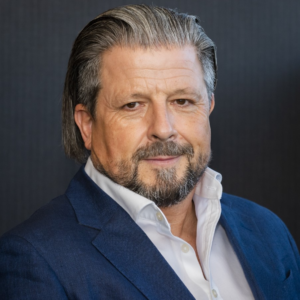 In our latest survey, BCS Summer Report which showcases the views and insights of over 3,000 senior industry professionals, respondents continue to express their concerns around availability of skilled labour across the European data centre landscape.

When asked about the skills supply/demand balance, 91% of our respondents believe it is characterised by falling supply of skills and rising demand, a significant uplift on the 80% recorded in Q4 2021. Overall, the number of those seeing demand either maintained or increasing was at the highest level recorded; some 97%, a marked increase on the 86% recorded six months ago.

Notably, developer and investor respondents expressed the strongest concerning views, with all respondents from this group suggesting that demand for labour would rise over the next 12 months, allied with a decrease in availability of appropriately skilled staff. Most suppliers of data centre services also appear worried about this balance between supply and demand of labour, with the majority of colocation providers carriers/network operators and IT integrators believing the coming year will be characterised by falling supply and rising demand.

The past six months have seen a significant rise in the level of concern held by corporate respondents – some 88% now expect to see rising demand for skilled professionals in the data centre fields, against a background of dwindling supply. This is a large leap from the 56% expressing the same view six months earlier.

With regard to the design/build/operations of data centres in Europe, our experience is that organisations are finding it increasingly difficult to source sufficiently skilled design professionals to deliver current projects. Over the last six months, we have noted that the number of respondents concerned about potential problems arising from shortages specifically amongst design professionals has remained relatively stable at around 80%, however there has been a pronounced rise in the number of respondents expressing their belief in the strongest terms – up from 31% to 41%.

At the build stage, the problem appears to be just as acute; nearly 80% of the segmented supply specialists expressed their concerns that a shortage of sufficiently skilled build contractors existed, a proportion which has remained largely unchanged over the past year. Again, we also saw a pronounced shift in the proportion of these expressing their belief in the strongest terms compared to six months previously.

Whilst according to our respondents, the difficulties in sourcing operational staff are slightly less pronounced than at the design and build stages, at 75% this still represents significant concern. We also see the proportion who strongly agree rising significantly to nearly 45%.

It is worth noting that the strength of agreement does vary amongst the groupings, albeit not as pronounced as in other categories. Our DEC respondents expressed their concern over skills shortages in the most robust terms, with universal agreement that shortages exist at both the design and build stages. In contrast just 72% of theses respondents see skill shortages amongst operational personnel.

The strength of belief in design and build skill shortages amongst our service providers is slightly less pronounced, around 80% of these respondents agreed that shortages are problematic.

A significant proportion of our corporate respondents (84%) agree that shortages of skilled operational staff pose the biggest problem, compared with 50% of our design professionals and 23% for build professionals.

Who is in short supply?

Amongst our respondents, there appears to be consensus regarding job shortage concerns. Indeed, most respondents identified multiple roles as areas of concern rather than singling out just one discipline.

In the construction sector, over half of respondents stated that they had experienced shortages of quantity surveyors, site managers and site engineers within the past year. On the operational side, nearly 70% of respondents stated that they have had direct experience of shortages amongst operations and network engineers and technicians over the last 12 months, with a slightly lower proportion – around two-thirds – seeing a shortage of infrastructure specialists over that period. Also worthy of note, Mechanical & Electrical project managers were highlighted as an area of concern by 70% of respondents.

The wider debate over skill shortages is set within the context of its impact on the delivery of suitable stock for the end users. There appears to be little doubt that these shortages have already had real consequences and directly impacted on our respondents. Notably, when questioned about impacts experienced due to shortages in skilled professionals over the past year, most respondents cited multiple factors.

The most cited impact is that a greater workload has been placed on existing staff, nearly nine-out-of-ten cited this as the case, an uplift from the eight-out-of-ten recorded six months ago. The shortage of staff has inevitably led to increasing operating/labour costs recorded by 83%, although it is noted this is a marginal decline from the 86% recorded six months earlier. These shortages can be seen as a contributory factor in the increasingly popularity of the use of outsourcing options, with around 51% citing this.

It appears that more respondents are finding it difficult to resource existing work this year than was the case in 2021, with just over half stating that they had experienced difficulties in meeting deadlines or client objectives. This is a rise on the 39% recorded six months ago, although notably lower than the 70% who cited it as factor at the beginning of the pandemic in 2020. In addition, just over two-fifths stated that shortages had led to delays to developing new products/innovations, up from the quarter recording this in our last survey, whilst the proportion that noted they had ceased offering certain products or services has also risen to 14% from 9%.

However, lost orders is one of the more extreme consequences of skills shortages, and in our latest survey just 8% believed this had happened, a quite significant fall on the 20% identified six months ago.

The skills shortage in the sector has been well documented and continues to impact every area of the industry globally. However, there are some signs that this may be easing. It is important that organisations have taken positive action to help attract new people through initiatives such as apprenticeship and graduate schemes’ offering upskilling opportunities and also considering reskilling as a possible solution, acknowledging that skills from other industries can be transferable, at least in part.

PrevPreviousNavigating the energy crisis
NextWill data centre investment be the catalyst for cloud adoption in Africa?Next