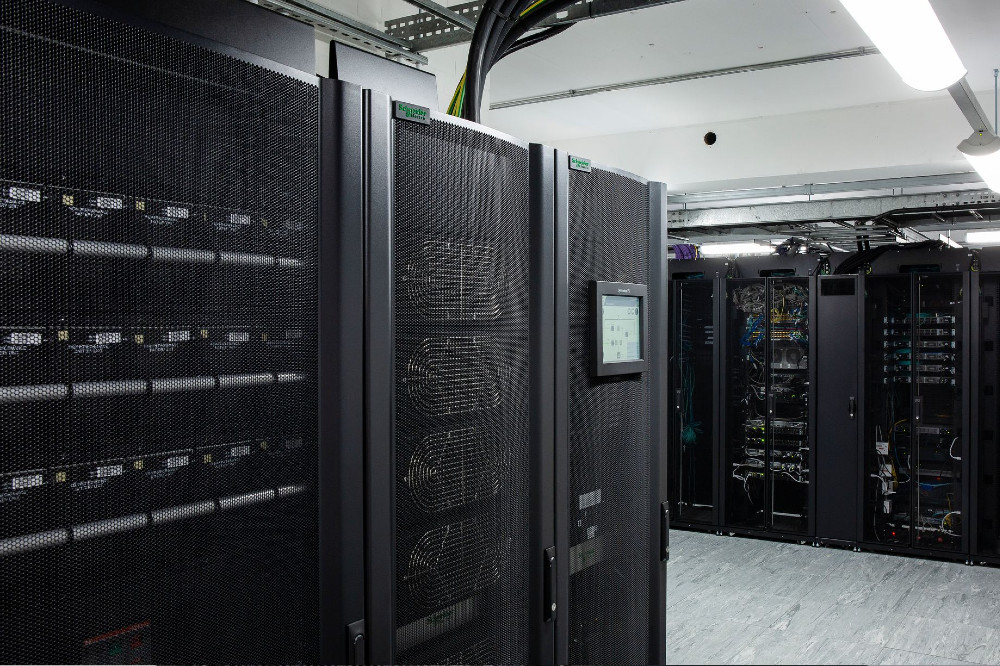 Newcastle City Council has recently transformed its data centre operations, consolidating its main IT systems into a single data hall, with upgraded power and cooling infrastructure and new management software by Schneider Electric.

In the process, it has improved resilience and uptime, simplified the management of all of its infrastructure equipment, and made part of its data centre available to other organisations, which helps to offset the costs of its operations.

Newcastle City Council employs over 5,000 people providing local-government services to citizens throughout the city. Its data centre hosts numerous applications, including those supporting council tax collection, social services, library services, education and road traffic management. It also has links with the IT systems of other essential public service bodies, such as the NHS and Police. Given the vital nature of these services, the council’s IT systems must run reliably around the clock and any downtime will have a significant effect on the local populace.

The council’s IT systems had grown steadily over the years to support the evolution of its e-Government approach with the automation and digitisation of many of its activities. But the situation had evolved to the point where the data centre layout had become haphazard and disorganised, many infrastructure elements were nearing their end of life and in need of regular maintenance, and management of the infrastructure was labour intensive and time consuming.

“Telecoms routers were in one room and servers in another, so it was difficult to manage them. We also had separate UPS systems in each room, and air handlers for cooling, many of which were old and in need of replacement.

“Also, we had the inevitable ‘spaghetti effect’ of legacy systems with numerous cables installed under the floor over many years, now causing choke points and were becoming very difficult to manage and maintain.”

The solution: standardisation and consolidation

As part of a refurbishment of its Civic Centre, Newcastle City Council consolidated its data centre into a single room with a raised modular floor. Following a competitive tender, the council chose EcoStruxure for Data Centres, Schneider Electric’s IoT-enabled, open and interoperable system architecture for the new facility. The data centre was designed and built by Schneider elite partner, Advanced Power Technology (APT).

Standardisation on the UPS has greatly improved the data centre’s ability to withstand power outages. “Previously, we were able to withstand a loss of power for about 20 minutes,” added Dickman.

“Now we can operate for three hours on batteries, if needs be. We also have a backup generator, which we didn’t have before, to provide alternative power in the event of a lengthy loss of our mains supply.”

Dickman continued, “Our resilience and uptime have been greatly improved. On one occasion recently, there was a power outage which affected many buildings close to the Civic Centre where the data centre is housed. But the UPS systems took over, the backup generator came online when it was needed and 20 minutes later, the system rectified itself once power was restored. Nobody knew there had even been an issue until I checked the system logs the following morning.”

A further benefit of the EcoStruxure for Data Centres solution is a more effective approach to data cable management. More structured cabling provides greater certainty about connectivity within the data centre, reducing complexity and the potential for human error, improving maintenance and serviceability with easier and safer access. The cable management solution also increases cooling efficiency by improving airflow in the cabinets, as well as providing improved scalability by simplifying moves, additions and changes in the space.

The new data centre is managed using Schneider Electric’s next generation data centre infrastructure management (DCIM) software, EcoStruxure IT Expert. In addition, the technical environment is being monitored using an APC NetBotz appliance together with temperature and humidity sensors. The visibility this gives to the operation of the data centre is a marked improvement on the previous monitoring capability.

Daniel Lynch commented, “We did have various monitoring systems in place before, but they were not integrated, and we still had to perform manual checks to make sure everything was functioning properly. Now there are sensors in each one of the racks allowing them to be monitored constantly. We also have CCTV in the data centre which we never had before, so that we can be alerted to any security issues.”

The monitoring and management capabilities of EcoStruxure IT enables the City Council’s data centre operations team to identify any emerging concerns early – such as batteries suffering impaired performance as they near end of life. Armed with such information, upgrades and maintenance can be scheduled and performed with the minimum of downtime, avoiding any disruption to the ongoing provision of services to both internal and external customers.

The results have greatly improved visibility of the data centre operations and consequently provided a greater ability to respond to issues as they arise.

“We know everything is being monitored constantly and that gives us great reassurance,” added Lynch. “Any issue gets flagged and can be routed by the system to mobile devices, like smart phones, which is very useful if events occur out of hours.”

Another key benefit of the software is that the power consumption of each of the IT equipment racks can be monitored. Power consumption data not only helps the council to improve its own electrical efficiency, but also opens up elements of the facility to cooperate with other bodies.

For example, about 10% of the data centre’s real estate is now leased out to other public sector bodies, including HM Courts and the arbitration service ACAS. By carefully monitoring the power supply of each rack, the Council can charge accurately for its hosting services, producing a revenue stream that helps to offset its overall operating costs.

It also makes possible the operation of a reciprocal disaster-recovery operation with another council, which greatly improves the resilience and continuous uptime of each body.

Paul Monaghan said, “Working together, Schneider Electric and its elite partner, APT were able to deliver a new data centre while the building was being refurbished on what was effectively a construction site. They drew up the specification, delivered the solution and had everything up and running with no unplanned downtime. Such pressure on all parties involved means it’s not an experience I would like to go through again – but delivery of the new facility was highly successful.”

“The project to design and deliver a new data centre for Newcastle City Council demonstrates how each service and product line provided by Advanced Power Technology comes together to deliver on performance and resilience,” said John Thompson, director of APT.